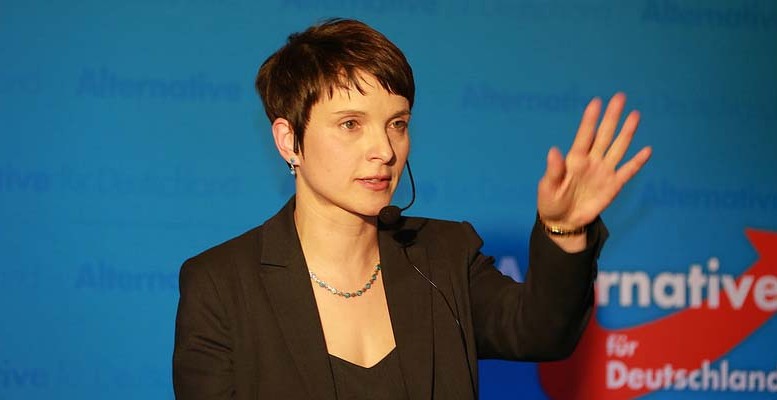 One of the main consequences of the migration crisis in Germany is the massive boost for the AFD. The party created to fight against Brussels (it demands that the European process is stopped) obtained a quarter of the votes in an eastern state in the country. Both Merkel’s party, the Christian Democratic Union (CDU), and the Social Democrats (SPD) received a major slap in the face in regional elections in three federal states. Both parties are currently at the centre of the political spectrum. There is Die Linke on the far-left, with AFD positioned on the far-right. But it was the latter which mobilised the population that usually abstains from voting as well as the disenchanted voters. No right-wing populist party had achieved such a thing in post-WWII Germany. It has become the second political force in Saxony-Anhalt, with 24% of votes, and the third in the rich state of Baden-Wurtemberg, with 15%. And in both cases, it pulled ahead of the Social Democrats. It is a threat to democratic stability in Germany.

The rise of right-wing populism appears at a time when Germany is debating about its poverty. Great economists such as Marcel Fratzscher, president of the Institute of Economic Research, criticised the lack of a genuine welfare state in Germany, pointing to inequality in wealth, income and opportunities. “Our social market economy does not exist,” he says. And this is happening to Germany, a country that is proud of the fact that the welfare state was the leitmotif of its economy and its social policy for the last 70 years.

What has happened? Social Democratic chancellor Schröder’s Agenda 2010 involved the restructuring of the welfare state, precisely in order to save social welfare. Other leading figures in the German economy such as Clemens Fuest, president of the Ifo Institute, and Christoph Schmidt, from the economic council advising the Chancellor, think that the social cuts contained in Agenda 2010 were necessary to maintain the social system. New types of contracts such as minijobs were established, which had a reduced contribution rate and were mostly for women. Many German women only want to work a few hours to reconcile the fact that in a country where schools and high schools usually have morning timetables, it is not socially very acceptable for mothers with kids to work.

Michael Hüther, director of the Cologne Institute for Economic Research, says that income distribution is similar to the average for the European Union and the OECD countries. One of the factors explaining the financial inequality recorded by the Bundesbank is that the population is tending to buy property less, with many Germans preferring to rent. In countries where most of the population own their own homes, wealth inequality is lower than in Germany. Less than 50% of the population are homeowners.

In recent years, the Germans have always talked positively about their personal economic expectations. People now have more money in their pockets. At the moment, strong demand (consumer expenditure and government spending to integrate more than one million refugees) sustains economic growth. The consumer boom is due to low unemployment, low interest rates, low inflation and wage increases, which this year will once again be above inflation. In addition, there will be a strong revaluation of pensions of 4.25% in the West and 5.95% in the East.

However, there is the fear that with the arrival of refugees and migrants, there may be an enforced sharing of social resources. There is also widespread scepticism over the cultural origin of refugees, which might clash with the principles of German democracy. All this fuels populists like AFD leader Frauke Petry.

The migrant crisis has taken over German politics, although it is just one of the many issues concerning the European central power. The future of the euro is still pending. The economist Holtemöller from the IWH believes that the current composition of the eurozone is not optimal. But the AFD demand is nonsense, concludes Holger Schmieding, chief economist at the Berenberg Bank. And “as long as the AFD is supported by the protest vote, it is not a threat to Germany’s democratic stability,” added Frank Decker, Professor of Sociology and Political Science in Bonn.