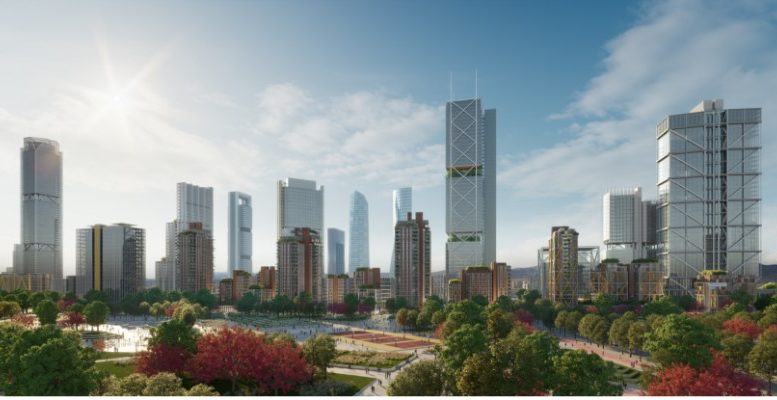 Madrid Nuevo Norte, the urban development in the north of the capital, known for years as “Operation Chamartin”, received the latest and final approval from the regional government in July. The project has been in the pipeline for more than two decades (27 years), and now, coinciding with the health crisis, it is ready to go ahead in early 2021.

The project is considered the largest urban transformation initiative in Europe over the next decade and is a morale booster for Spain’s depressed construction sector after the strict confinement period.  This development will include 10,000 homes and 1.5 million square meters of office space. It is expected to become the major business district in southern Europe.

Its execution will be handled by the property developer Distrito Castellana Norte (DCN), a firm which is owned by BBVA (75%), Merlin Properties (14.4%) and Grupo San José (9.5%). The Madrid Nuevo Norte project involves an investment of some 6 billion euros, and it will cover three million square metres along a 5.6-kilometre long strip of land running through the north of Madrid. To give an approximate idea of its extension, the development will occupy a distance equivalent to that between the iconic squares of Plaza de Neptuno and the Plaza de Castilla.

The project’s housing stock will add some 10,500 units to the Madrid property market, 24% of which will have some kind of public protection. The first homes could be handed over within five years. With regard to the new business centre, its impact on the Community of Madrid’s GDP is estimated at over 230 billion euros. Its construction will revolve around the Chamartín railway station and three large skyscrapers will provide a novelty element. One of them will be over 300 metres high, with 70 floors, and will be the biggest skyscraper in Spain. The the other two will be very close to 250 metres high.

Madrid Nuevo Norte will contribute to the structure of the Community of Madrid from an economic, social and territorial perspective. It will integrate the northern districts of the capital with the rest of the municipalities and in harmony with their natural environment. It will also regenerate disused land and infrastructure, putting them at the service of the city. Hence the relevance of this urban reform in Madrid: its vocation to become a “reference point for urban planning in the 21st century,” with the latest trends in mobility, energy efficiency and environmental sustainability.

The project will start off with the roll out of a large central park of 13 hectares that will be part of the total 400,000 m2 of green areas and 13 km of bicycle lanes. Public transport will also play a part in structuring the urban design. It is estimated that by the time the work is completed, 80% of journeys will be made by sustainable transport means.

So Chamartín railway station will become the largest transport hub in Europe. It will connect the high-speed rail lines that link the south and north of Spain through the connection with Atocha station. It will also be connected with the Adolfo Suárez-Madrid Barajas airport, as well as with the two new transport interchanges (one underground and one above ground) to be located in the north of the city.  The cost of the transformation of the station is estimated at 800-1.2 billion euros, and there will be an international competition to define its design.