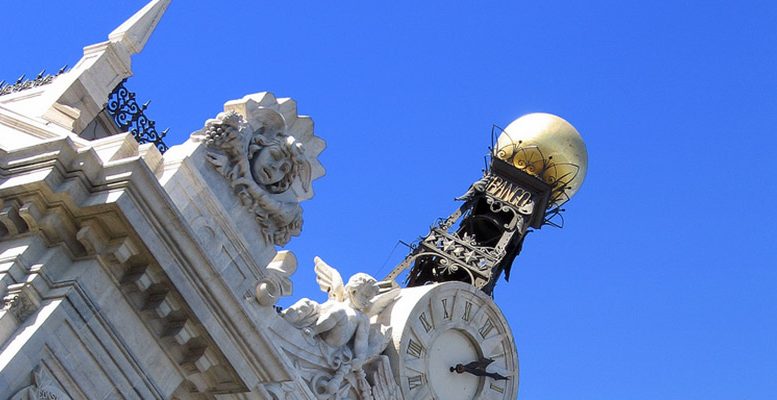 F. Barciela / F. Gil Ljubetic | For a long time, and particularly since the crisis, it has been clear that the excessive level of payment default in our country is one of the reasons, if not the main one, behind the demise of our companies, above all SMEs.  The report “Credit Risk Management in Spain” prepared by the Observatory of Cash Management and sponsored by Crédito y Caución, Iberinform and the IE Business School,  reveals that at this moment 13% of companies run the risk of having to close down. Not because they are not selling anything, but because…they are not being paid, or are being paid late. Furthermore, 31% of companies are facing substantial non-payments.

This is disgraceful, because it is unavoidable. One thing is for a company having to close because it is no longer viable, and quite another if it obliged to do so due to the fact it has no cash to pay immediate expenses, including salaries. And even more so because a large part of the big companies and adminstrations which have become accustomed to delaying payments are not doing this because they don’t have money. The fact is that this bad habit has become another means of financing. These companies consciously take advantage of their huge purchasing power with suppliers, arrogantly betting on a “take it or leave it” strategy.

The situation is so extreme that very few believe the Bank of Spain figures, according to which companies’ average payment period to their suppliers is 64 dias (50,5 days for listed companies). The reality is that Spain is a country in which payment periods have become grotesquely extended, according to complaints from several employers’ associations.

Aspel, the association for cleaning companies, recently assured that it is customary to come across payment delays of 300 days (almost a year) and in some cases 500 days. The construction sector is another which has got into the habit of paying late, with periods of extended delays of up to 300 days. The Bank of Spain says the average is 179 days, despite the fact that once the companies have the construction certificates, they can in fact get paid within 40 days.

This situation looked like it was going to be solved in 2013, with the introduction of a law to protect against debtors and a plan for paying suppliers (for town councils). At the time, this saved tens of thousands of SMEs from bankruptcy, with a hand-out of 41.8 billion euros. The problem is that things have not improved since then, but have in fact got worse.

It doesn’t look as if the government’s law to protect against debtors, which set a 60 day limit for companies and 30 days for adminstrations, has been very successful. The law allowed for suppliers to lodge a complaint against their clients – and these are prevented from signing public contracts or even from charging interest for late payments. But the reality is that very few companies have dared to exercise these rights given that it would mean they would not get contracts in the future. So according to the Platform, 83% of suppliers never, or hardly ever, charged their debtor clients interest on late payments.

The employers associations which are most affected have spent years asking for  an automatic penalty system to be added to the law, which punishes late payers. The list of sanctions would include measures like an automatic surcharge of 20% when the legal payment deadlines are exceeded, the creation of an inspection committee which monitors payment default and a mail box for receiving anonymous complaints.

Up to now, these requests have not been successful. Why? Basically because those who are not complying with the law are the administrations themselves, especially the autonomous regions and the town councils. If they are not capable of complying with their own laws, how can they penalise private companies for not doing so? Because the fact is that the Adminstration has increased its level of non-payments to companies with which it does business, with the percentage rising from 9% in 2015 to 13% this year. Town councils have also increased their payment delays by 40% between 2014 and 2015.

The autonomous regions are also becoming worse payers. According to the Federation of Self-Employed workers, the regions which pay the latest include Murcia (134 days late), Baleares (124) or Valencia (118). But many big companies, those in construction and services, say that if they pay their sub-contractors late it’s because the administrations are also paying them late.

So it doesn’t look as if the Spanish government can provide the solution. For the time being, the business associations which are suffering most from this problem are hoping that the European Commission will take action. Perhaps it will implement a  new directive, more efficient than the previous one, which has served little purpose. At least as far as Spain is concerned.