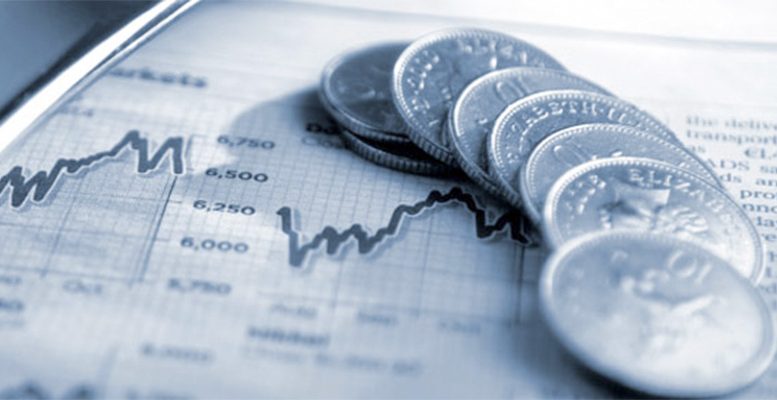 AXA IM | Whatever the result of the Brexit referendum- the shock lead in the polls for the ‘Leave’ campaign hit sterling at the end of last week- it remains my view that the hegemony of the global elites has taken a serious, possibly fatal hit, the era of Davos man, where, as Jamie Dimon put it, “billionaires tell millionaires what the middle class feels” is under threat. The masses are not happy to be told that the elite has it all in hand and they just need another 8 years of the same medicine. More populist parties everywhere are calling for fiscal stimulus instead, much of it focussed on infrastructure as well as suggestions for some ‘radical’ shifts to monetary policy. Straight after the UK referendum we have Spanish elections, then in the Autumn an important constitutional vote in Italy and of course the US election. Next year we have a presidential election in France and elections in Germany. At any, or indeed all of these we could see voters supporting a more radical manifesto. For markets, this rejection of the elites importantly includes the central banks , where the response so far to the failure of quantitative easing (QE) to achieve the stated aim of higher inflation has been to suggest more of the same and it may be that politicians start to over – rule them. We have discussed before the intriguing no tion that the Japanese for example issue zero coupon perpetual debt that is bought up by the BoJ and use the proceeds to cancel all existing Japanese Government Bonds (JGBs). In effect this would completely monetise Japanese debt and cut the Japanese budg et deficit by 40 per cent as interest payments vanish. This could then allow fiscal stimulus – ideally some type of tax cut. Monetarists would complain that this would be inflationary – but, some might retort, isn’t that what you are trying to achieve?

The unspoken disaster that is unfolding due to QE and assorted macro prudential measures is that long term savings structures are being dangerously undermined and rules based asset liability modelling and macro prudential regulation is forcing long term ins titutions to shun real assets in favour of synthetic ones. The ‘reach for yield’ is not being allowed to include dividend yields as they are (in our view) deemed way too risky by the rule makers. These synthetic assets require enormous amounts of leverage a t a time when the financial system should be reducing leverage not expanding it. What we know from 2008 was that it is liquidity not solvency that is the biggest risk and that central bankers should be trying to get banks to shrink their balance sheets in terms of simply lending back to governments. This is perhaps particularly true in Europe, where many banks in the periphery have a heavy exposure to their own sovereign paper meaning that should credit spreads once again widen like they did in 2011/12 then the solvency of these banks would once again come under question, risking a further widening of spreads and so on. Sensible deleveraging and rebalancing is needed sooner rather than later.

In Asia, we notice a different, albeit it still worrying, trend. In the Association of South East Asian Nations (ASEAN) in particular bank loans have been growing much faster than deposits, creating a classic liability constraint. This is forcing banks into the wholesale markets to borrow, mainly in US dollars, which a s previously discussed means that the countries exposed such as Malaysia and Indonesia are increasing their exposure to the US dollar at a time when they ought to be reducing it. In China by contrast, while there are clearly banking system problems, they are not of this classic, emerging market form.

In the spirit of radical thinking we might propose a solution to the savings deficit/crisis arising after 8 years of a temporary solution to the Lehman crisis; bring back imputation for company dividends . Changing the relative attraction of equity versus debt probably sounds rather self-serving for an equity investor (of course it is) but it would provide a bottom up push to allocate capital more efficiently as well as help bypass the unfortunate use of short t erm trading tools like value at risk (VaR) with long term asset allocation. You could achieve the same end theoretically by taxing debt, but in my view as this would not improve the risk return of equities in an absolute sense and would simply drive more l everage into the system in order to achieve the same ‘yield’, it would not push capital to real assets. If the Japanese government, for instance, want individuals to buy equity then they could offer imputation credit on dividends. This would, in my view, encourage companies to pay out higher dividends, shifting the unproductive cash piles from corporates back into circulation and at the same time drain the repurchase agreement (repo) market of the liquidity that fuels the leveraged synthetic products. House holds would receive higher incomes and pension funds would also effectively get a state ‘top up’. In short a shift of policy to reward savers rather than trying to stimulate borrowers would both help solve the issues with pension funds as well as put cash into the hands of consumers. In Japan, the dividend stream in 2014 was estimated at Y7.8 trillion, or $75 billion, which is taxed at 20 per cent, so the cost of an imputation credit would be of the order of $15 billion. While this is not a huge amount in t erms of overall spending, it is the prospect of changing behaviour at the margin that really matters. It is no coincidence, in my mind, that one of the strongest retirement systems in the world is Australia, where they continue to have franking credits on domestic equities. Equally the shift from significant surplus to deficit in the UK was not unconnected with the cancellation of that dividend structure.Of course there are negatives as well. Arguably the UK had an over – developed equity market and an under – developed corporate bond market because for years the pension funds preferred to receive a ‘coupon payment’ in the form of a dividend. But in the current position of too much debt, this is hardly a problem.

Of course Japan is the only country seeking to encourage investment in equities, elsewhere the vested interests and the modern portfolio theory zealots are obsessed that all equity is risk to be avoided. However, were the US to adopt such a policy of course it would be more expensive, US dividends tot alled $415 billion in the 12 months to Q4 2015 according to Factset. So a similar move would be of the order of $50-100 billion (a wide range because of the spread of dividend taxation across tax thresholds and other complications) but as with Japan, it is less about the upfront cost and more about the changes to incentives . In the first instance it would immediately change the incentive to increase leverage and perform share buybacks, something many would agree is a sensible outcome. Secondly, if combined with some incentive to repatriate some of the offshore cash held (largely) by US technology stocks offshore, it could provide a welcome shift of liquidity from offshore repo accounts to onshore savers’ accounts. Third it would potentially (rightly in oir view) undermine the financial alchemy of a significant part of the private equity industry, too much of which simply takes already profitable companies and extracts cash through leveraging up the company with tax deductible debt. A lot of people on Wall Street wouldn’t like this, but that doesn’t necessarily mean it is a bad idea.