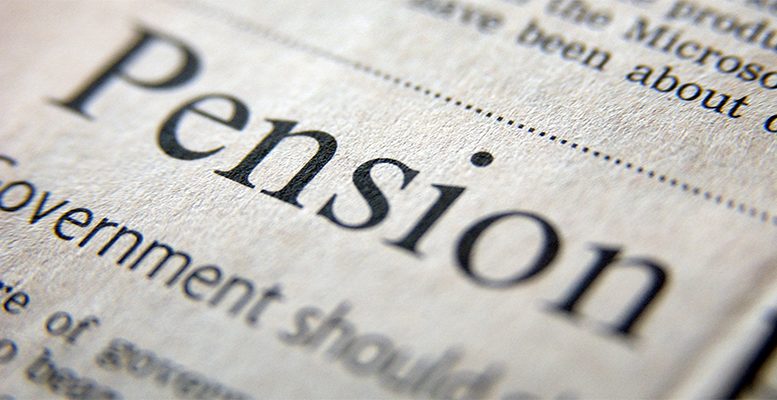 Pablo Fernández | Why does the State not allow future pensioners who save and invest on their own behalf to have the same tax advantages as funds? I had the feeling they were ripping me off. And now I am certain.

The average return on pension funds was 60% (annual average of 3.03%). Amongst the 356 pension funds with 15 years of history, only 4 beat the return on the Ibex 35 and 47 that on 15-year government bonds. One fund posted a negative return.

The 1.111 pension funds in the individual system had (at December 2017) 7.6 million participants and assets totalling 74.379 billion euros.

It seems obvious (today and already for several years) that the most sensible thing to do with respect to retirement is to try to save something and invest it well to complement the meager pension which, foreseeably, the State will give us when we retire.

If you are under 45 or 50, you should be worried about your state pension…because it’s very likely to be very small.

The pyramid of the population in Spain is unbalanced, at the top due to the increase (average) in Spaniards’ life span and, at the bottom, due to the decline in the birth rate since 1980. There’s a slight effect from immigration in the more recent years. How many tax payers per retiree will there be in 2040, in 2050…? One thing is for sure: a lot less than in 1970 and, unless the birth rate in Spain rises substantially in the coming years, less than today. According to the National Statistics Institute, in 2014 there were 9.2 million pensioners, 4.6 million unemployed and 16.5 million contributors to the social securituy (less than 2 contributors per pension). Meanwhile, the number of entries reached their maximum level in 2007, while the number of exits reached that level in 2012 (the brake on exits did not function well for 5 years). Can a State have more exits than entries over many years?

A State (just like a person, a family or a company…) can only have more exits (payments) than entries (collections) this year if it can take on debt (somebody gives them money today and believes they can pay back the loan with interest at some point in the future). As there have been more entries than exits since 2008, the debt has increased since then. The debt in 2014 was 2.7 times the entries (collections) of the State that year. So who buys and holds on to this huge amount of Spanish debt, with a ridiculous IRR as we can see in the following figure? The Social Security’s meager Reserve Fund is (in 2014 and 2015) fully invested. The ECB lead by Draghi with his QE.

We find ourselves in a curious situation: if you or I buy Spanish Government or German Government bonds today, a sensible person will call us stupid. But if the ECB buys them many people say that is a good thing. This is a bit odd, isn’t it?

What does government debt have to do with pensions? Imagine two brothers, civil servants, aged 40 and 41, married and with three children each, who have promised to provide a reasonable pension for their father of 67. Will the fact the brothers have debt which is 2.7 times their salary and rising have an influence on what their father receives? Will the fact they are today paying an amount of interest which is absurd and intervened by Draghi have an influence?

For that reason, Professor Díaz-Jiménez said in the Wall Street Journal: “The Spanish fund is an accounting trick”

The number of jobless registered with the offices of the public services for employment (formally Inem) in January 2016: 4.150.755 people (The Ministry of Labour and Social Security)

The public services for employment’s total expenditure on unemployment benefits in January 2016: €1.665 billion.