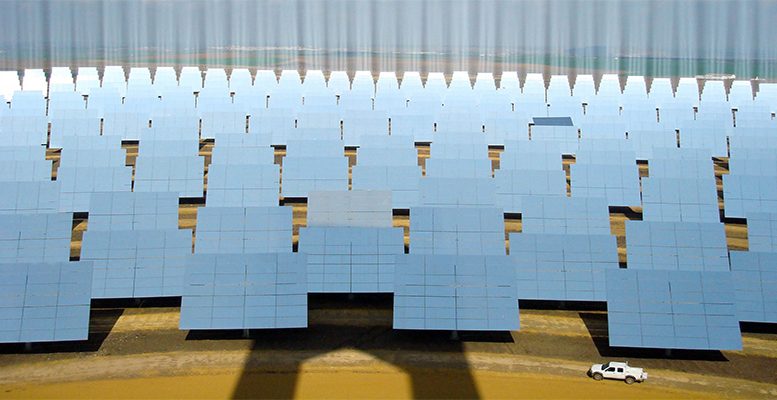 The Industry Minister is preparing a new renewable energy auction, which it expects to be able to complete before the end of March. It plans to invite tenders for 3,000 technology neutral MW. That means an auction in which any kind of renewable energy can compete: wind, biomass, thermosolar, photovoltaic etc. Furthermore, the Ministry will try to avoid some of the mistakes made in the previous renewable energy auction which took place at the start of 2016, by implementing more administrative controls. In January 2016, the Ministry put 700 MW up for auction – 500 MW of wind and 200 MW of biomass – which produced a surprising result. The big electricity generators were taken aback by the unexpected competition from up to then little known companies, like Forestalia and Grupo Jorge. Two firms linked to the Samper brothers, businessmen from Zaragoza involved in the agricultural sector, which won the main projects in the auction hands down. They did this either by offering a better price or, effectively the same thing, by asking for the smallest subsidy possible with offers at zero cost for the State.

According to Bankinter, the majority of the MW awarded in the January 2016 auction is not yet operative, awaiting financing to be able to start.

The only company which has begun to move is EDP, which obtained 98 MW of wind energy in that auction. The others, including the two Aragon companies mentioned above as well as Ence and Renova, have not yet started up operations. For the time being, the Ministry is not in a position to demand any responsabilities, given that the terms of the January 2016 auction are a contractual guarantee for the winners. The projects have a deadline of March 2020 and until that date not even the guarantees can be reclaimed.

In this new auction, and with the aim of avoiding this type of situation, the Government will introduce two basic changes. On the one hand, it will establish a schedule of milestones, to ensure the projects are followed up. If this schedule is not met, the guarantees will be put into effect. On the other hand, the Ministry reserves the right to set a cap on the discounts offered in order to avoid eventual dangerously low bids. This new renewable energy auction is another boost for these technologies to ensure Spain complies with the EU directive of fulfilling at least 20% of its total energy needs with renewables by 2020. The technology neutral aspect and the introduction of guarantees and caps on the discounts offered are new elements in the auctions. And these are aimed at imposing very strict criteria on how renewables are developed, while at the same time ensuring their development is guaranteed.