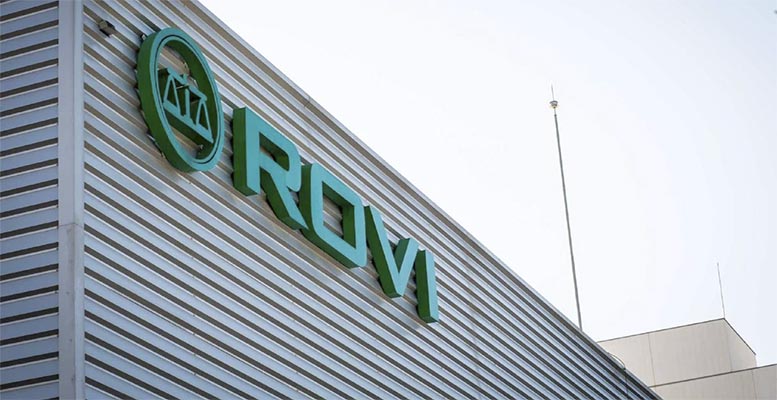 ROVI reached an agreement with Moderna on July 9, 2020

Banco Sabadell | Moderna has announced that its candidate vaccine for Covid 19 (mRNA – 1273) has reached the primary efficacy objective established in its phase III trial (initial sample of 95 patients) with a level of 94.5% (statistical criterion). It has also met safety and tolerance standards. That said, the company has warned that efficacy levels may change as the sample is expanded and final data (both safety and efficacy) will not be available for at least two months. The company expects to distribute 20 M doses in the US before end-year and between 500 and 1,000 M doses worldwide in 2021.

On the other hand, Moderna’s vaccine may not require ultra-cold storage like Pfizer’s, which would facilitate its distribution at standard temperatures (2-8 degrees for 30 days).

Four months ago, ROVI reached an agreement with Moderna for the filling and packaging of its vaccine for Covid -19. Now that we know the vaccine’s efficacy, we consider there is a very high probability of success for Moderna’s vaccine. This is with a central scenario of about 550 M vaccines per year outside the US and Japan (compared to the range of 500/1,000 M doses that Moderna intends to market worldwide in 2021; manufactured outside the US by Lonza). Unit income for ROVI would be 0.75 euros/vaccine (3.5% higher than the total price of the vaccine) which implies an increase in its T.P. of +6, 5 euros/shr. (+22% vs. before) up to 36 euros/acc. Despite this improvement in valuation, our T.P. still does not show enough potential and we believe it is risky to assume more aggressive hypotheses .

Since the announcement of the agreement with Moderna on July 9, 2020, ROVI’s capitalisation has increased by more than 750 million euros ( up 53%). So far this month alone, the stock price has risen by 27%. After Moderna’s announcement, it rose by 8%, which means that the price discounts annual sales of Moderna’s vaccine outside the US by around 600 M units/year and a unit income for ROVI of more than 1 euro/vaccine. This would mean the Spanish firm would grab 5% of the total price of the vaccine (vs. 3.5% in our central scenario), something that we see as less likely (Moderna would still have to assume the manufacturing costs by third parties). All in all, this scenario would imply an annual EBITDA of around 180 M euros. This implies multiplying by more than twice our estimate and that of the consensus.