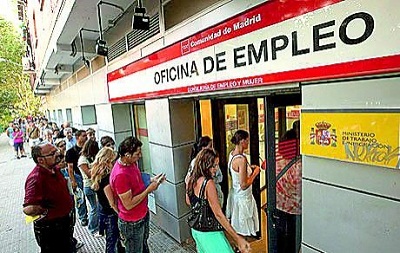 MADRID | The number of unemployment benefit claimants in Spain in April fell by 6,632, bringing the total down to 4,744,235 people according to data released Friday by the ministry of Employment and National Insurance.

Although this is the first decline in eight months, analysts pointed out that the little improvement in unemployment figures was mainly due to temporary hiring during Easter and was lower than expected. On average, experts polled by Bloomberg had forecast a decline by 15,000 people. It is also lower than in April last year, when unemployment fell by 64,309 people. In annual terms, the increase in the number of unemployed rose to 474,875 people, that is 11.12% more.

Youth employment improved in the fourth month of the year as unemployment among the under-25-year-old people decreased by 8,121 over the previous month, according to the ministry.

Be the first to comment on "Bien! Unemployment numbers in Spain reduced by 6,632 people"