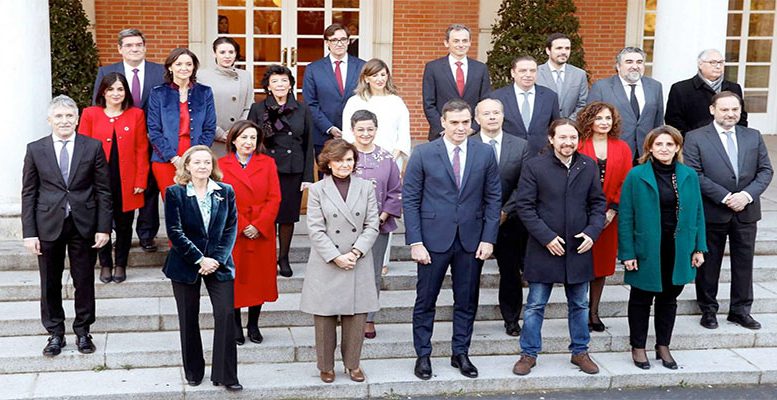 Spain had its first coronavirus death on February 13th, in Valencia. But the Spanish Ministry of Health did not know about it, or did not make it public – and we do not know what is worse – until three weeks later, March 3. This first data reflects well how this pandemic is being managed in Spain.

The management of this crisis doesn’t match the seriousness of the situation among other reasons, easy to understand, because we Spaniards live in a country where the president and other members of the government have never, ever, managed anything other than their own political ambitions. And it shows… How else can we explain the fact that the president appears on television one day saying that he is going to declare a state of emergency… which will come into force 36 hours after the announcement? (The mass exodus from Madrid – the largest source of infection at the time – to the coast was immediate and unstoppable, as could have been anticipated).

We have a government whose Minister of Equality, 31 years old and wife of the second vice-president of the government, was encouraging people to attend the demonstrations on March 8, many days after the EU had already warned that crowds should be avoided, under the slogan: “drunk and alone we want to get home.” It is true that her husband leads a party called “United We Can” (without uniting, we can’t) and that the “expert” appointed by the government when everything started, the man who was given the difficult role of guiding a government blinded by its ideology, insisted days before the demonstrations on March 8 that there was no danger in attending them and that it was a strictly “ideological” decision. However, some ministers wore latex gloves, just in case… Because in those days we lived, according to the government, in “a scenario of containment”. In a few hours it became a “scenario of reinforced containment” and then a state of emergency and every man for himself. That will certainly be the case in Spain, it’s not for nothing that we have a president who is good and and a vice-president, a hard-core leftist, who is even better.

It is important to outline the scenario to understand why Spain claims today (March 19) to have 17,395 infected and 803 dead, including the first victim among health workers, a 52-year-old nurse in Galdácano. Among the dead, there also 79 elderly people living in old people’s homes, which has prompted the Government to announce that it is working on a ministerial order (in Spain everything is solved by putting it in writing in the BOE) so that an already existing set of instructions for old people’s homes can become a government regulation. …? So, to speak plainly, dying in old people’s homes will become illegal.

The explanation is simple, in Spain we all know someone who showed symptoms and has stayed at home, waiting to be tested…which, in many cases, has not happened. So Spain has now done just over 30,000 tests, while Germany, which went into action on January 6, can do up to 160,000 tests a week… That explains, the government points out, that the disaster should be blamed on “Rajoy’s cuts” and “the conservatives.” (Is that so?). Well, that’s what we have to put up with.