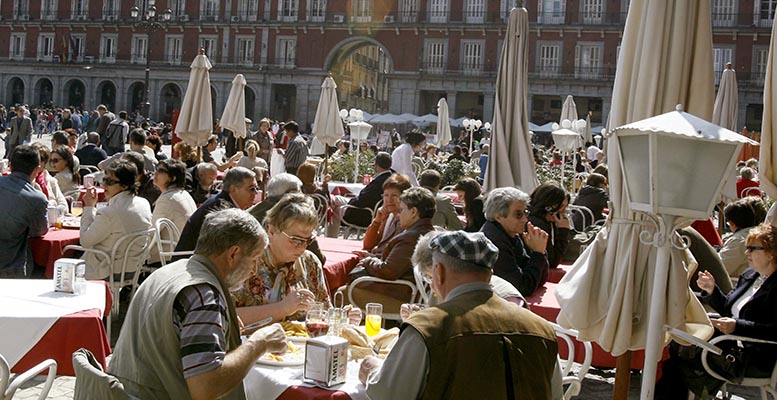 Tourists at Plaza Mayor in Madrid

The Government will approve in the coming weeks to earmark 11 billion euros in subsidies for companies, SMEs and the self-employed in sectors particularly affected by the economic crisis, such as tourism, hotels, restaurants and small businesses. This was announced by the PM, Pedro Sánchez, during his today’s speech in the Parliament to report on the current situation of the pandemic.

Likewise, Sánchez has highlighted that, since the beginning of the pandemic, the Executive has devoted 20% of the GDP in financial resources, including financing through the public guarantees of the ICO, to furloughs (the employment protection scheme) and transfers to the autonomous communities. The payment of the salaries of workers on temporary leave and of benefits amounts to some 40 billion euros in direct aid, while the transfers to the regional governments have exceeded 24 billion euros. These have been conceived to reinforce health care but also, Sánchez said, to inject direct aid to the economic sectors most affected by the impact of the mobility restrictions.

The aid plan for companies is being designed by the Vice-Presidency for Economic Affairs, headed by Nadia Calviño, which is considering different measures. The most talked-about measure is the application of haircuts on the financing provided by the Official Credit Institute ICO, which has offered 140 billion euros in guarantees. The government is still negotiating with the banks which part of those haircuts would fall on the public coffers and which part on the banks.

Overall, it is estimated that the limitations to the activity of both sectors have caused the closure in Spain of 148,000 businesses, a loss in revenues of 82 billion euros and the destruction of more than half a million jobs.