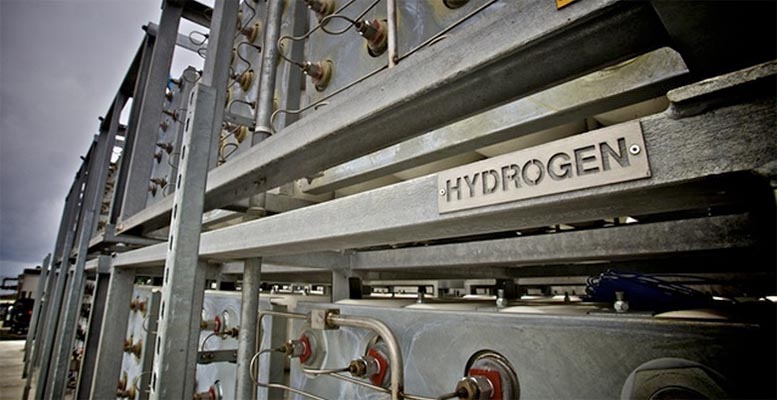 Spain does not want to be left behind in the area of renewable hydrogen, currently the most efficient technological solution for storing and transporting energy. Hydrogen could become the least polluting fuel for electric cars, since hydrogen cell cars only emit water as waste. In this context, the Spanish government has already presented its ‘Hydrogen Roadmap’, a strategy “coherent” with the European Hydrogen Strategy, which was approved by the European Commission on July 8.

The draft roadmap includes 57 measures to prepare the regulatory framework and promote research and innovation, and sets targets for 2030. These include the importance of reaching the installed capacity of electrolyzers, the system to obtain renewable hydrogen using water and electricity from renewable sources as raw materials. This installed capacity should be at least 4 GW, which represents 10% of the target set by the European Commission for the whole of the EU. There is an additional target of 25% of industrial hydrogen consumption from renewable sources by 2030.

Different milestones are also foreseen for the industrial, mobility and electricity sectors. To reach these, an estimated investment of 8.9 billion euros will be required during the period 2020-2030. Specifically, there are plans to develop 150 buses, 5,000 light and heavy vehicles, and 2 commercial train lines powered by renewable hydrogen and a minimum of 100 ‘hydrogenerators’.

The European strategy contemplates three phases of development. For the first phase, which takes place between 2020 and 2024, at least 6 GW of electrolyzers will be installed in the EU. In addition, up to 1 million tons of renewable hydrogen will also be produced.

By the end of the second phase outlined by the European Commission for 2030, Spain should already have at least 4 GW of electrolyzer power located in the vicinity of consumption sites.

With this clear commitment to hydrogen, given the good climatic conditions and the large areas free of renewable energy implementation, by 2050 Spain intends to produce renewable hydrogen in excess of that needed to meet domestic demand. It will thus become an exporter of this material to the rest of the European Union countries.

For the time being, Spanish companies are already beginning to get moving. Enagás is planning the largest hydrogen plant in Spain in La Robla (León). This installation would involve an investment of 266 million euros. The project consists of a 32 MW electrolyzer, powered by a 150 MW photovoltaic plant. There will also be a warehouses for daily production of 12 tons of green hydrogen and other associated infrastructure.

This ambitious project appears in consulting firm EY’s report ‘A green Covid-19 recovery and resilience plan for Europe.’ It identifies the relevant projects which are candidates to receive support from the green recovery plans of the 27 community partners, in the wake of the crisis caused by Covid-19.

It is also part of Green Crane, a Spanish-Italian project that aims to export hydrogen produced with renewables from the south to the north of the EU. In the specific case of the La Robla plant, the hydrogen would be exported to Rotterdam through one of the first pipelines that would be adapted to operate with hydrogen. This connects the area of Leon with the Asturian port of Gijón, where the company has the facilities at the regasification plant of El Musel.