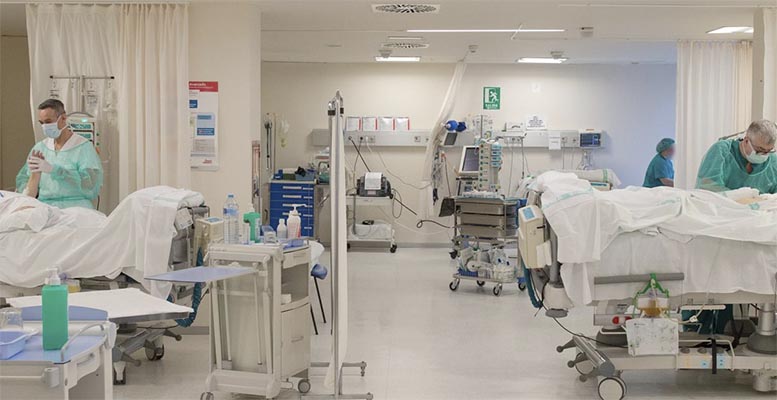 The coronavirus has led to unprecedented demand for medical care. It has made an issue for public debate of the adequacy of health care resources to deal with emergencies such as the one being experienced in 2020.

The data we have collected, based on Eurostat figures, allows us to confirm that with 388 practising doctors per 100,000 inhabitants, Spain was in the top half of the ranking of countries according to this indicator in 2017 (the latest comparative data available). The proportion was similar to that in Italy (399) and higher than in the Netherlands (358), France (316) and the UK (281), as well as in many Eastern European countries. But it was lower than that recorded in Sweden and Denmark, as well as in Germany (425) and Austria (518).

As far as nursing professionals are concerned, the Spanish data is less favourable. With 574 nurses per 100,000 inhabitants, Spain fell behind Austria (685), Germany (1,293) and the Nordic countries. But it was also behind the Netherlands (1,088), the United Kingdom (783) and some Eastern European countries. That said, we need to bear in mind here that, according to the statistics available through Eurostat, the volume of auxiliary health care personnel in Spain is considerably higher than in other European countries.

With regard to hospital beds (curative care), in 2017 there were 243 beds per 100,000 inhabitants in Spain, a figure around those recorded in Italy and the Nordic countries, but well below that of Germany (602). Many Eastern European countries were also better positioned than Spain in this ranking.

There are also significant differences in hospital bed ownership. In most countries, the prevalence of public beds is clear, with the exception of Germany (where for-profit and non-profit hospital beds exceed public beds). In Spain, 69% of all available hospital beds in 2017 were publicly owned, a percentage similar to that seen in Italy (67%), but higher than in France (62%).

The feminization of the medical profession in all European countries is worthy of note. In many, women already outnumber men, including Spain. Between 2007 and 2017, the proportion of female doctors in our country increased from 47% to 55%. Data from the Labour Force Survey provides more up-to-date information on the rapid feminization of the medical profession in Spain. While in 2000 there were 60 female doctors to every 100 male doctors, by 2019 that figure had risen to 131.