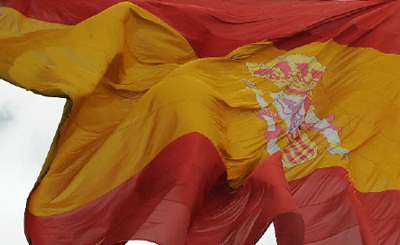 By Juan Pedro Marín Arrese, in Madrid | The Spanish government publicly claims success in limiting damage after having boldly taken the step to revise upwards the deficit target. But privately, it recognises that being forced by partners in the Eurogroup to trim it down came as a nasty surprise. Overconfidence had led Madrid to believe that the understanding attitude shown over Spanish budgetary problems would be enough to shore up a self-set target. Irritation caused in Brussels by the attempt to bully the Commission in accepting such defiance was grossly underestimated. An ill designed strategy was bound to suffer a setback, even to a limited extent.

The problem doesn’t lay so much in the admittedly moderate extra burden imposed. It is far from an unbearable one. After all, €5 billion amount to less than the average deviation one can reckon income figures to incur in relation to forecasts. Being deprived of a sizeable cushion to absorb unexpected deviations unquestionably hinders the ability to keep target public finances on without resorting to painful adjustments, should a gap materialise, but half a percentage point in GDP doesn’t add much pressure in terms of budgetary efforts.

The real problem lies in the fact that Brussels remains both unconvinced and upset. It will closely monitor budgetary figures and is likely to recommend tough measures to enhance the credibility in meeting the revised deficit figure. The upcoming budget may fail to provide enough comfort in that respect. Current income estimates seem overoptimistic and hardly match the severe on-going recession. Pledges to refrain from any cut in key expenditure items like unemployment benefits, pensions or public workers pay, hardly pave the way for any robust fiscal consolidation. Even if the government lowers public investment and current spending, it will be at pains to meet the target. Little help will come from the revenue side as activity is plunging and tax increases are expected to be rather limited in scope.

The real challenge will once again rest on the ability to cut down regional and local deficits. For all the additional resources being channelled to help them in redressing their massive imbalances, unless stiff reforms are introduced, little progress is to be expected. Trimming mandatory social expenditure or laying-off excess manpower to reduce to sustainable levels a payroll now running at more than half of total expenditure, are moves no authority will take on its own unless it is compelled to do so. Will the central government be willing, or indeed able, to impose a sufficiently stringent discipline? Analysts cast serious doubts on it. They already forecast a deficit overrun reaching as much as 1% GDP. A most worrying scenario when you are subject to close scrutiny both from markets andBrussels.