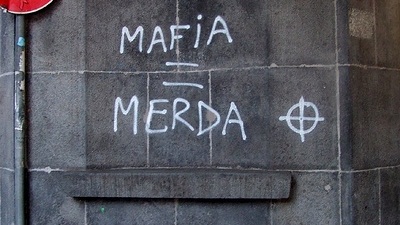 The European Commission wants new rules for more effective and widespread confiscation of funds and other property acquired through crime. An enhanced legal framework will increase member states’ ability to confiscate assets that have been transferred to third parties, it will make it easier to seize criminal assets even when the suspect has fled and will ensure that authorities can temporarily freeze assets that risk disappearing if no action is taken.

According to UN estimates, in the EU the profits derived from organised crime are substantial. Only EU sales of illicit drugs generate an estimated €100 billion per year. In Italy the proceeds of organised crime are estimated at €150 billion yearly. In 2009, the Italian authorities temporarily froze criminal assets worth around €800 million.

In the United Kingdom in 2006 organised criminal revenue was estimated at £15 billion. In the same year, £125 million were recovered by the state. In Germany in 2009, €113 million were seized from organised crime. This sounds impressive, but is less so when you consider that the estimated profit that went to the criminals in these cases amounts to some €903 million.

“We need to hit criminals where it hurts, by going after the money, and we have to get their profits back in to the legal economy, especially in these times of crisis. Law enforcement and judicial authorities must have better tools to follow the money trail. They also need greater means with which to recover a more significant proportion of criminal assets,” Commissioner for Home Affairs Cecilia Malmström said.

The proceeds of organised criminal groups are increasingly invested outside their home country, often in several EU member states, or transferred to third parties (often relatives or front men) in order to avoid confiscation. Houses, cars, restaurants, small businesses and company shares are only few examples of how illicit profits can be reinvested into legal assets or activities.

The Commission’s proposals seek simpler rules and filling important gaps which are exploited by organised crime. Among the changes likely to be introduced, confiscation of assets would be allowed where a criminal conviction is not possible because the suspect is dead, permanently ill or has fled. Prosecutors would also temporarily freeze assets so that they do not lose economic value before they are eventually confiscated.