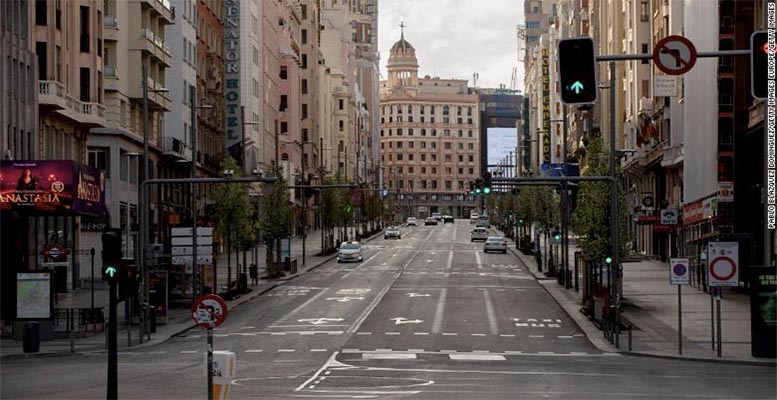 The Spanish economy went into technical recession in the second quarter of the year after registering a 17.8% drop in GDP between April and June. This is the biggest quarterly fall in the National Statistics Institute (INE)’s historical series which began in 1970. That said, this decline has been less than was anticipated at end-July. At that point, and in the absence of some data, the INE estimated that GDP would have declined by 18.5% in the second quarter.

The year-on-year decline in GDP is now 21.5%, compared to 22.1% at the end of July. This is also a record drop in the historical series. Until now, the biggest annual contraction in GDP was in the second quarter of 2009, when the Spanish economy fell by 4.4% year-on-year.

With the sharp contraction in GDP in the second quarter, practically coinciding with the state of alarm, Spain is once again entering a technical recession, accumulating two consecutive negative quarters.

The 20.4% slump in household consumption is also unprecedented in the historical series, although the figures have been somewhat better than the preliminary data. In contrast, public spending increased 0.3% between April and June, much less than in the first quarter (+1.3%). Consumer spending by non-profit institutions and at the service of households rose by 0.2% versus a 0.9% decline in the previous quarter.

Exports and imports also fell in the second quarter, by 33.4% and 29.5% respectively. Sales abroad had fallen by 7.4% in the first quarter, while imports fell by 5.8%.