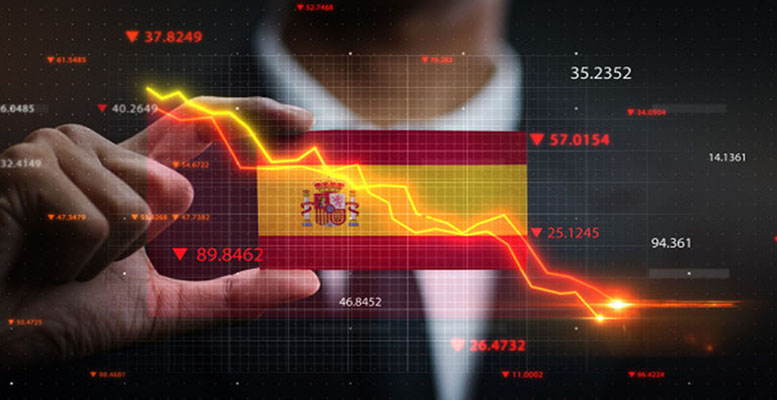 T.C. | The Spanish economy declined by 0.5% in the first quarter of 2021, returning to negative values after having registered rates of 17.1% and 0.0%, respectively, in the third and final quarter of 2020. Analysts had expected a decline of 0.4%, so the figure is almost in line with forecasts.

According to the advance National Accounts data published on Friday by the National Statistics Institute (INE), the Spanish economy fell by 0.5% between January and March due to the decline in consumption and investment. This reflected the impact of the third wave of Covid and the Filomena storm.

However, on a year-on-year basis, GDP declined in the first quarter at a much slower pace than it did in the fourth quarter of 2020. Specifically, the Spanish economy contracted by 4.3% year-on-year, compared with a fall of 8.9% in the previous quarter.

With this year-on-year contraction of 4.3%, the smallest since the first quarter of 2020, there have now been five consecutive quarters of negative year-on-year rates.

Domestic demand subtracted 2.6 points from year-on-year GDP, 3.6 points higher than in the fourth quarter of 2020, while foreign demand made a negative contribution of 1.6 points, 1.1 points more than in the previous quarter.

At current prices, GDP fell by 3.3% year-on-year, 4.9 points lower than in the fourth quarter of last year.

Investment, for its part, also returned to negative values in the first quarter after two quarters of increases. Specifically, investment contracted by 1.9% between January and March. This compares with growth of 1% in the previous quarter and the historic increase of 21.5% in the third quarter of 2020.

However, the INE explains that the advance data is prepared with the information available up to February, as well as with some results brought forward to March.

So it flags that this fact, together with the difficulty that a change in the economic situation, such as the Covid crisis, has meant for statistical measurement, “means that future revisions of the results published today may be of a greater magnitude than usual.”