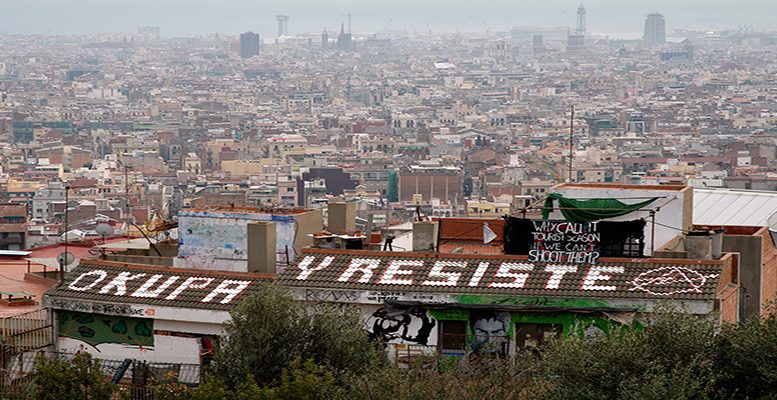 In Spain, almost 9,000 ‘squats’ were reported in properties between January and June this year, almost half of them in Catalonia, according to the latest data provided by the Ministry of the Interior and collected by Europa Press. Specifically, the total number of complaints for occupation of property registered by the State Security Forces and Corps amounted to 8,857 in this period. Of these, 3,770, 42%, took place in Catalonia, with the province of Barcelona leading the way. There, 2,838 were recorded, more than three times as many as in Madrid, which, with 813, is the province with the second highest number of occupations in Spain. The second community with the most reported incidents of this type in the first half of the year was Andalusia, with 1,276 (14% of the total). Of particular note were the 402 in Seville, followed by 225 in Malaga and 208 in Cadiz.

The community with the fewest squats was La Rioja, which registered 24 complaints for this reason. In Asturias there were 31, in Cantabria 44 and in Navarra 51. Teruel is the only province in which no occupations were reported in the first half of the year. In Soria and Zamora there were three; in Melilla, five; in Ourense, six; and in Ceuta, seven.

These are the data that the Government has sent to the Vox deputies who asked to know the reasons for the high number of occupations in Catalonia. In its response, to which Europa Press has had access, the Interior blames “the increase in this type of crime in recent years” on the “coincidence of various factors”. Specifically, it highlights two: that there is a “high number of empty properties” and also “people losing their homes due to debts or loss of employment due to the economic situation resulting from the concatenation of the Covid health crisis, the logistics and international production crisis”, aggravated by the invasion of Ukraine, and its “serious impact on the price of energy and basic foodstuffs”.

With regard to the measures to be adopted to combat this criminal phenomenon, the Interior recalls that in 2020 the Secretary of State for Security established a specific protocol for the action of the State Security Forces and Corps in the face of the illegal occupation of property. Furthermore, the Attorney General’s Office also promoted an instruction in the same sense to guide in the conduct of legal proceedings.