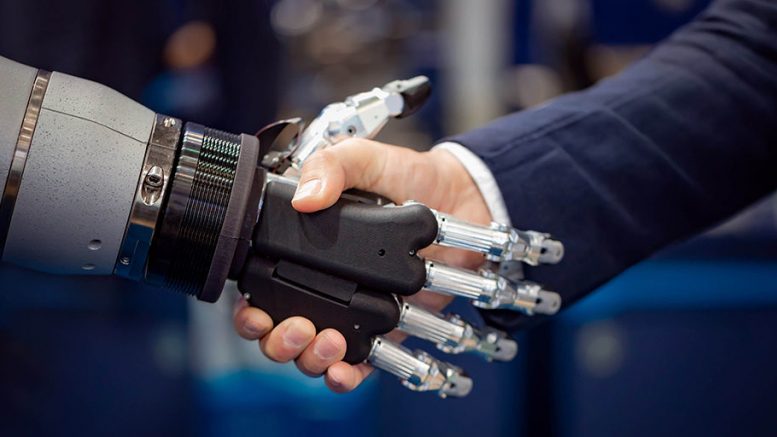 CaixaBank Research | The coronavirus crisis has highlighted the importance of digitalisation in disruptive contexts such as the present. Economic activity has held up better in more digitalised countries: a greater number of companies have continued to operate at the height of the pandemic, the public sector has been more effective and quicker in helping households and firms most in need, and in people’s homes digitalisation has enabled teleworking and has allowed the younger generations to continue to study remotely.

Not only are these important technologies for cushioning global shocks like the pandemic; digitalisation is also a key transformation in the current industrial revolution (which will bring us Industry 4.0). Where does Spain stand in this field? A good diagnosis can help us to allocate the European recovery funds to areas whose digitalisation will bring greater economic returns in the short and medium term (topics covered in the next two articles of this same Dossier)

In order to measure Spain’s situation and progress in the field of digitalisation, we use the Digital Economy and Society Index (DESI), published by the European Commission, which also allows us to compare with the main EU countries. This is a synthetic indicator which encompasses five dimensions: connectivity, human capital, the use of internet services, the integration of digital technology in enterprises, and digital public services.

Spain ranked 11th in the DESI of the EU-28 in 2020 and is making significant progress in its digital transition. While it is natural to see an upward trend as countries make progress in adopting new digital technologies, between 2015 and 2020 Spain has made relatively rapid progress compared to the EU average. In fact, Spain has experienced the fourth biggest increase (after Ireland, the Netherlands and Malta) in its DESI index in the last five years (see first chart, left-hand panel). This is allowing the country to narrow the gap with Nordic countries, which are the leaders in digitalisation within the Union.

If we analyse the components of the DESI, we see that Spain stands out in two of the five dimensions: connectivity and, especially, digital public services, a component in which Spain ranks second in the 2020 DESI (see first chart, right-hand panel). In terms of connectivity, Spain is one of the countries with the largest deployment of very high capacity networks, covering 89% of households in 2019. This contrasts with the EU average of 44%, as well as with Spain’s own 45% in 2015. In addition, the improvement in the coverage of high-capacity networks over the past five years has been clearly higher than the European average (see second chart). Looking ahead, the successful deployment of 5G technology will be crucial, as this technology is paramount for the development of the new 4.0 industrial paradigm.

In contrast, Spain lies below the EU average for digital indicators relating to human capital. While an improvement can be seen in several aspects of this component, slightly over 40% of Spain’s population still lacks basic digital skills and 8% have never used the Internet. Portugal is also lagging far behind in the sphere of digital human capital, slightly behind Spain, pushing it down to nineteenth position in the overall DESI, below the EU-28 average.

Still in the area of human capital, it is worth noting that one of the objectives of the Spain Digital Agenda 2025 is for 80% of people to have basic digital skills by 2025, since having a workforce with these capabilities is essential in order to take advantage of the opportunities offered by new technologies. In addition, digital skills in the population are another element highlighted by the European Commission as being important for ensuring a strong and sustained economic recovery in the current context (like connectivity, mentioned above).

Finally, the integration of digital technologies by companies is another aspect that deserves special attention. While Spain’s DESI score for this component matches the EU average, the gap with the leading countries has widened between 2015 and 2020. In this area, and given the important of SMEs in Spain’s productive fabric (above the EU average), it is important to analyse the degree of digital adoption by business size. The third chart shows that the percentage of SMEs which use digital technologies (i.e. buying cloud computing services, conducting big data analysis, or selling through e-commerce) is much lower than it is for larger enterprises. Furthermore, the percentage of Spanish SMEs which use these technologies is slightly below the EU average, a gap that is not generally observed among large enterprises.

The purchase of cloud computing services is an interesting measure, since the adoption of this technology is associated with a substantial increase in business productivity through several mechanisms which act at the same time (for example, more efficient collaborative work, lower maintenance costs, or easier use of other digital tools such as systems for customer relationship management, or CRM). Despite its proven benefits for productivity and the flexibility it provides for SMEs, its use is still limited. Again, human capital is an area in which there is a need for improvement, as it is key for the deployment of digital technologies.

Having examined the digital situation of the Spanish economy on aggregate, it is interesting to take a more sectoral approach. Firstly, this is an interesting exercise because not all sectors are at the same stage in the adoption of new digital technologies. For instance, Spanish firms in the most technological sectors, such as information and communications, or professional, scientific and technical activities, have a high degree of digital technology penetration similar to that of their European counterparts. Indeed, 64% of Spanish companies in the information and communications sector buy cloud computing services, the same percentage as the EU average. The tourist accommodation sector is also in a good position: 31% of companies in the sector buy cloud computing services (compared to 25% for the EU as a whole) and 14% perform big data analysis (similar to the 13% for the EU overall).

In contrast, Spanish firms in sectors that are typically less digitalised, such as the agri-food industry or construction, are somewhat lagging behind their European counterparts. In this regard, the Spanish government’s Recovery, Transformation and Resilience Plan is intended to boost the digitalisation of sectors that are considered strategic: the health, automotive, tourism and retail sectors, as well as the agri-food sector, which is lagging behind in the digital race and is also very important for our economy.

Nevertheless, Spain’s sectoral specialisation, with a high relative weight of sectors that have a low degree of digitalisation, such as the agri-food sector, is not responsible for the differences in digitalisation we observe with respect to the EU average. In fact, just 20% of the gaps in cloud computing services, for example, can be attributed to these differing specialisations.

In short, Spain must do more in some areas of digitalisation if it wants to be at the forefront of the new industrial revolution. It is clear that we must improve the digital capabilities of workers, and of the population in general. It is also important to influence the digitalisation process of companies. In particular, there is a lot of room for SMEs to take advantage of the enormous potential offered by new digital technologies.