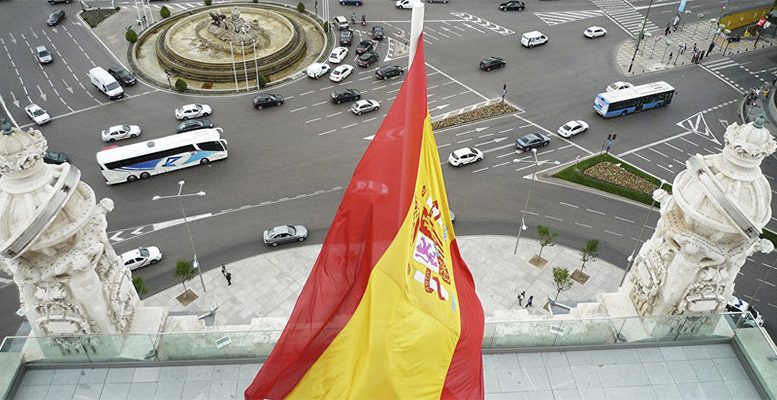 Fernando G. Urbaneja | Spanish electors closed on Sunday an intense electoral cycle, opened 5 years ago, under the impact of the great recession and technological uncertainty, which sketches out a new political map for the fourth country in the European Union.

The ideological map of Spaniards has hardly changed in the forty years of democracy: the majority position themselves in the centre, with a slight tilt to the left. In 4.7 in a scale that places the far right at 10. It has hardly moved, although some preferences have changed. Whereas before there were two parties of government (“bipartisanism”), today there are, at least, five, which puts an end to homogenous governments and leads to coalitions and pacts which require maturity and experience.

Although the voters have voted for the centre and consensus, the parties operate in a right/left confrontation which recreates the bipartisan model of two blocs confronting each other. The electoral mathematics suggests a socialist liberal alliance (PSOE-Ciudadanos), which is the only coalition with a sufficient majority, but both parties find themselves in a hostile divorce with mutual animosity between their leaders.

The politics of this period (2014-19) has been marked by the impotence of weak governments who cannot secure the approval of their budgets or propose reformist agendas, although the economy, driven by economic actors, has managed to grow a percentage point above the European average, with strength in both domestic demand and exports.

The most serious problem for Spanish democracy at the moment is the challenge from Catalan separatists which emerged a few years ago, although it has been growing since the 19th century, and which through sedition and rebellion sought to subvert the Constitution and the Statute, although ultimately it failed. The Catalan voters are divided fifty-fifty on unilateral independence, while the national parties which defence the Constitution are also divided, between those who support a hard-line (the right), and those who propose appeasing the separatists, to satisfy their aspirations without destroying the unity of Spain.

The Spanish socialists will be the biggest group within the socialist family in the European parliament; at the same time the PP and liberals (Ciudadanos) will also be well placed within their respective groups. This means that Spain´s position in Europe will be important despite the volatility and instability of the Spanish parliament. Perhaps it is because Spanish democracy, more than ever, seems more like its European counterparts, in all its strengths and weaknesses. This so even with the Catalan question still open. The voters experiment with new alliances and consensus which the parties do not always interpret aright.