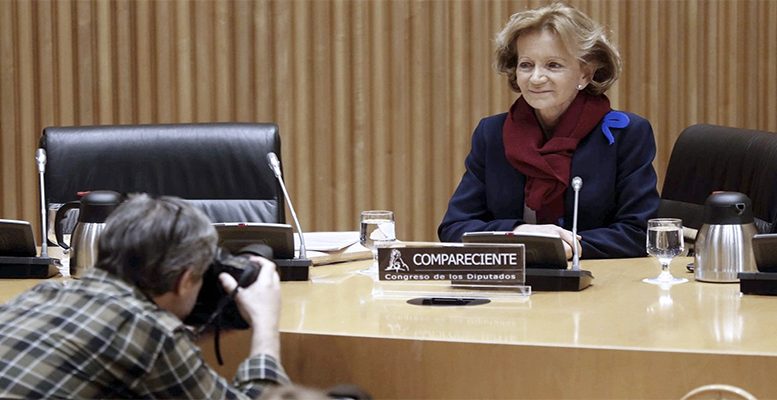 The Spanish Parliament has set up a special Committee to scrutinise what led to the financial crisis ten years ago. Last summer, the Bank of Spain published a depressingly dull report on the matter. Such a tardy interest in the issue sharply contrasts with the swift reaction seen in other countries. Let’s recall the Turner paper delivered by the UK FSA in April 2009, the best in-depth review up to now.

One could expect that a decade-long perspective might ensure a fair and dispassionate appraisal. Unfortunately, political parties across the board seem all too eager to draw their sermonising conclusions rather than listening to the prominent actors summoned to the Committee. The media is following a similar pattern. They all blame the real estate bubble and supervisory blunders for the banking system’s discomfiture. Yet nobody seems keen to gauge what went so badly wrong.

Particularly in the first half of 2012 when the Spanish economy was on the brink of collapse. Up to that point, the financial system had been able to get rid of roughly 150 billion euros of impaired assets. The reckless official disclosure of an additional 50 billion euros gap in one of the leading economic newspapers fed unprecedented market mistrust, quickly leading to total disaster. The government also fuelled confusion with its wavering strategy. Initially it tried to remedy the solvency issue through massive provisioning only to discover, soon after, that requiring extra capital was the only sensible way to shore up the ailing banking system. The hurriedly wrapped-up European rescue package proved unable to stop the carnage. Only Draghi’s staunch defence of the euro in early August turned the tide.

The Spanish crisis erupted much later than in other countries because its banks, which ran a very traditional business, escaped unscathed from the structured products plight. Their thoughtless foreign partners took for granted that securing their assets through credit default contracts anchored on interest rates levels considered unattainable, would prevent any slippage. Little did they reflect that such mutual insurance might crumble should a big player like Lehman Brothers fail. Confidence in real estate’s increasing value led to a similar misjudgement amongst the Spanish banks, their portfolios heavily exposed to mortgages. As the economic crisis unfolded, such illusionary guarantees melted away.

In both cases, banks grossly underestimated the systemic and counterparty risks. They failed to assess that under highly stressed conditions, the backstops buttressing their credits would become illiquid and useless till their markets recovered. Ultimately, no bank can withstand a long-standing erosion unless it builds up its own massive resources for enduring the ensuing losses.

One doubts the current Spanish review will acknowledge such obvious facts. The craving for finding individual culprits will overrun any reasonable attempt to search for the simple truth that no one could foresee the crisis. Let alone prevent it once the economy plummeted for such a long time. That said, Spain is the only country putting a former Governor on trial when all his peers facing similar teething troubles departed in full public regard.