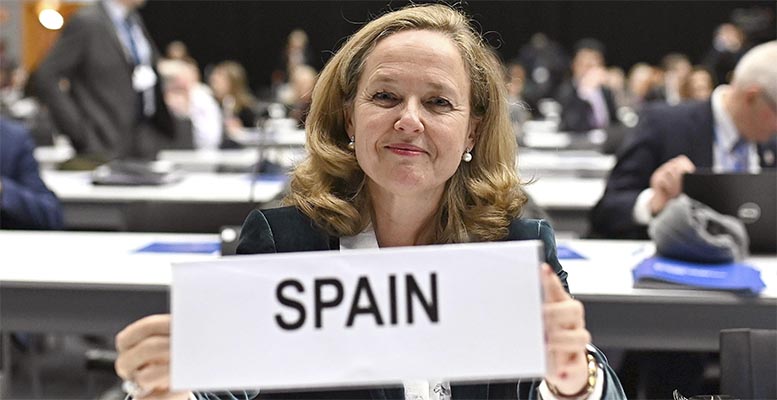 Fernando González Urbaneja | Vice-president Calviño, who goes her own way, different and distant in the cabinet, congratulates herself on the growth in employment over the year. And she uses the data to devalue the INE’s estimates on the evolution of GDP during the first half of the year. The first problem we see has to do with the data: both the employment and GDP figures are very much conditioned by the pandemic, by irregular, inconsistent series. More time and methodological adjustments are needed to consolidate reliable series to which we can apply analysis and well-founded conclusions.

Ms Calviño is right to highlight the employment data, because this is the critical factor in the Spanish economy: low employment, low average and minimum wages and precariousness. All of this justifies the need for an in-depth reform of the labour market. But not in the sense of reversing previous reforms, of repealing the latest reforms. More in terms of adapting the old and very patched-up Workers’ Statute to the new conditions of the production system. However, there is no debate about this. Nor does the government have the strength and conviction to tackle it, nor are the so-called social forces on the same wavelength.

Although the GDP data is dubious, it seems clear that the growth in employment, measured in affiliations and through the EPA, is evolving at a faster pace than that of the economy. So more is spread out and reaches fewer. What is not so obvious is that society and especially political and social leaders are aware of and willing to explain this simple equation. “Reaches fewer” goes against the official discourse that insists on sharing in order to equalise, without realising that in order to share, one must have.

In more economic and academic terms, what is happening to us is that productivity is falling. And this favours the thesis of degrowth that some supposedly ecologist, progressive and left-wing groups are sponsoring without explanation or details. Scaling down can be a conscious strategy, sought or fatalistic, imposed. For example, in Barcelona the thesis of degrowth, of fewer tourists, fewer flights, fewer hotels, less building… are real and their effects will be known.

More employment and less product may be an equation which is well considered in the short term, in order to sustain a dishonest story. And it contains a perverse conclusion that will produce disappointment and suffering.