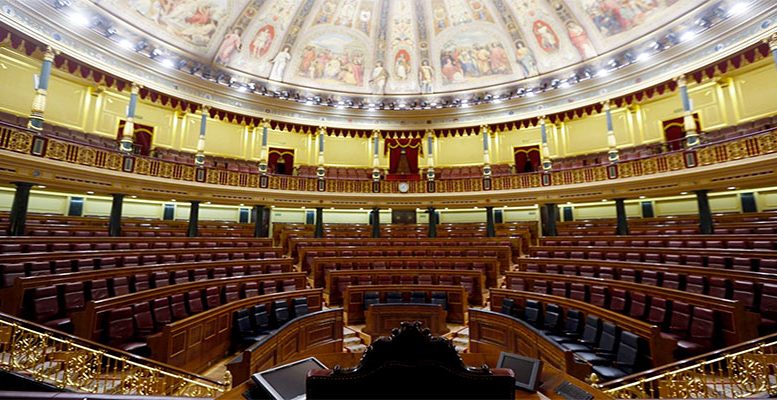 Joan Tapia (Barcelona) | In mid-February, Spain was not living in the best of all worlds. The slowdown was here and the economic future didn’t look promising. The coalition government of PSOE and Podemos was taking its first steps without incidents but not without trepidation. The establishment of the dialogue table between the Government and the Generalitat raised hopes – at last talks were underway- but also harsh criticism from the right.
In short, Spain was experiencing a complicated situation which, compared with that in other European countries – not to mention Italy -, was not abnormal either. In this context, the Ibex index had recovered the 10,000 mark. But in the last two weeks – I am writing this article on March 10 – the situation has soured and become more complicated, among other reasons, because Puigdemont, in his new capacity as an MEP, held a rally in the French city of Perpignan, a few kilometres from the Spanish border, which was attended by some 100,000 Catalans. (They travelled in coaches chartered by the ANC and other pro-independence organisations). Puigdemont raised his voice making the dialogue more difficult. He does not want Junts per Catalunya, the political group he dominates, to break it up, but he does want to launch the idea that it will serve no purpose and that ERC and Oriol Junqueras have become too soft by allowing Pedro Sánchez to be invested as president. With elections in Cataluña round the corner, in the spring or, at the latest, in the autumn, He intends to weaken ERC and to make it difficult for it to approve the 2020 budget.

At the same time, in the first week of March, PSOE and Podemos started having serious differences in various areas. The most obvious one had to do with the law on sexual freedom, for which Irene Montero and Podemos wanted to take sole credit. Pablo Iglesias even went as far as to accuse some PSOE ministers and Vice-President Carmen Calvo of “hidden machismo” for raising some mild objections to the law. It was a matter of capitalizing on the demonstrations on International Women’s Day and the issue was finally put to rest, but it has left wome bitterness behind. Podemos can’t shake off its belief in its moral superiority over other political parties and someone has remembered what Sanchez said about not being able to sleep peacefully if Podemos were part of his government.
Well, the coalition government was showing its first cracks and the approval of the 2020 budget is still up in the air after the Perpignan rally. (Where, I am assured, there were more retirees than young people.).

Spain, too much in debt
But at the time of writing this article, the Ibex is no longer at the 10,000 mark, but has plummeted, having lost more than 20% in just over three weeks. And the reason for the collapse of the Ibex – similar to that in the world’s stock markets – is obviously neither Carles Puigdemont nor the friction between Irene Montero and Carmen Calvo. The reason is the black swan, which, since the end of January, has been progressively taking up all newspaper headlines, the coronavirus. This virus, which initially affected the industrial area of Wuhan in China, has quickly spread to almost all countries and is not so much a concern because of its mortality rate – apparently lower than that of other flus – but because it paralyses everyday life with very serious economic consequences.

There are already 100 countries affected by coronavirus and neighbouring Italy has taken the drastic decision – in the hope of stopping its spread – to order a nationwide lockdown, which is expected to have major economic repercusions. The sharp fall in markets – we are now in the third week – reflects the fear that the disruption to international trade, due to the lockdown in China – which accounts for 20% of world’s GDP – and to the present restrictions on business and tourist travel (airlines are being the most affected sector), will end up not only slowing down world growth but causing a global recession. And authoritative economists, such as Kenneth Rogoff, are warning of the dangers of a crisis that has its origin not in a drop in demand but in supply. Can we be facing a recession accompanied by a return of inflation and as a consequence by a rise in interest rates?

Let’s hope not, because it would be dramatic (more so for Spain, which is too much in debt), but even if such extremes are not reached, this crisis is generating great concern. Because its duration is unknown as it depends on the resistance of a virus so far unknown. Moreover, it disrupts and even prevents normal life for both individuals and society. And for all these reasons, its economic effects are difficult to quantify. The OECD has already lowered significantly its growth forecast for the whole world and does not rule out a recession. And it believes that the solution is not a monetary policy of low interest rates – which it must follow – but a decisive policy to increase public spending to strengthen the health systems, to combat the effects of the crisis on employment, starting with parents who cannot go to work because their children’s schools are closed, and to provide liquidity to companies that are left without income due to a lack of clients (for example many hotels)…

Pedro Sánchez, in his appearance on the night of March 10 – following a European Council held by video conference – was quick to support this way of combating the crisis. It is a path that will require, first of all, a European decision. At any other time European Keynesianism would have been impossible, but orthodox Germany has already decided to increase its public spending, seemingly with the backing of the European Council. For Spain, if this decision is made at a European level – and with the backing of the ECB – it is the right way to go since we are paying almost nothing (0.32% yesterday) for the 10-year debt. We are a long way from those horrendous days a few years ago, which shouldn’t come back – at least not in the short term -, when we had to pay 7%.

We don’t really know where we stand with regard to this crisis, but it’s clear what we should do. The EU must act decisively to avoid an economic disaster that would affect all its members. Only God knows what will come next.

Sanchez was cautious and prudent in his appearance yesterday and tried to instil confidence, and, inspired by Draghi’s famous words about the euro, he said: “We will do whatever it takes, wherever it is needed and whenever it is needed.” He also resorted to a certain “Churchillian” tone when he said that “hard weeks” are ahead of us but that we will get through them.

The French leaders are more alarmist. President Macron has said that we are just at the beginning of the problem. His prime minister, Edouard Philippe, speaks of “a violent blow to the economy” and the French finance minister, the liberal Le Maire, has stated that the economic policy following the coronavirus will have nothing to do with the previous one.
That’s how things stand. The unexpected black swan is among us. Just before closing this article, I’ve read about the suspension of the Fallas Festival in Valencia- which I no longer find surprising. I wish it stopped at that!