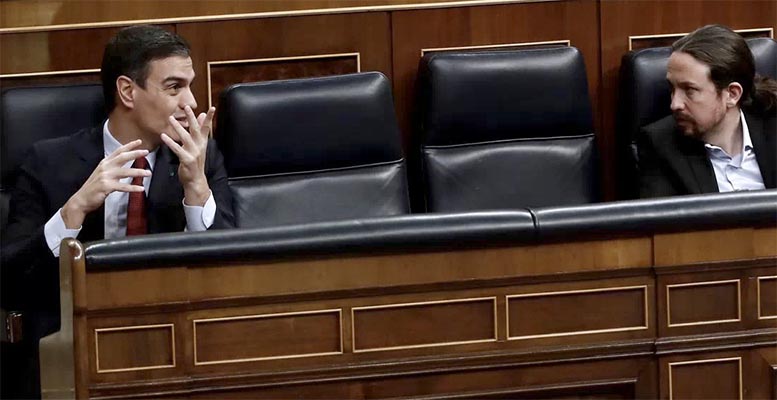 Alicia Arce | Enlightenment is the human being’s emergence from his self-incurred minority, said Kant and that produced an active subject who is responsible, who takes charge of their life, their acts, their share of the world; with their many achievements and their terrible atrocities.

At the time of the fall of the Iron Curtain and the end of the Cold War, a certain political left suffered from disorientation due to the fact that the metanarratives aimed at shaping the future, which had formed an essential part of modernity, had lost their relevance.

Faced with that disorientation and lack of ideals, a certain political left successfully appropriated the demands of the real victims by making theirs the model of such landmarks in our history as the fight for civil rights and the feminist movement. By following that model and often subverting it (to the horror of many of the true victims), and by adding groups of  people with different grievances to their cause, they managed to reach power. However, they are indebted to these groups, which now demand their quota of power and which need, in order to continue existing, to go on and on about their grievances and anger, which means looking back at the past continuously and little at the future. And here we have a Government who needs to pretend to be short-sighted in order to be able to ignore “in all innocence” that the sum of the interests of particular groups doesn’t equal the general interest.

As one of the consequences of that appropriation, we are witnessing how the terrible status of victim – of a person who suffers, a passive subject, not by choice –  (a status forced on them) is being appropriated, appropriation which is characteristic of our times; and whoever manages to arm themselves with this “narrative” will achieve a solid, unquestionable and by definition innocent identity. And as Daniele Giglioli also says, “we have moved from the question: What do you do? to the one: What is your identity?”

Certain political left have appointed themselves the spokesperson and representative of the victims (the real ones or the self-proclaimed ones), mutating into the greatest victim of all, also a victim! And by virtue of being a victim, it is unquestionable. They seem blind to the paradox that the real victim is, by their very nature, someone who has been harmed, and therefore innocent, the active subject is the one that is responsible and the guilty party.

This is perhaps the greatest paradox of this Government, a certain left-wing Government that, by virtue of being the Government, is an active subject and has to make decisions and lead and yet they claim to be a victim! A victim, among other things, of the rancour of the political right. Do they think, perhaps, that the political right is the illegitimate association of people who have nothing to complain about?

Demonstrations were allowed on March 8 and people were encouraged to attend. And so what? Vox held a rally in Vistalegre. So the Government has nothing to answer for!

There is a widespread appropriation of the attributes of the victim. The victim is innocent, truthful. The truth of the victim is beyond question, because, being subjective, it is unquestionable.

Must it be a priority “to tamp down criticism of the Government in social media”? And would it be acceptable “to have only one official source of information” so that citizens would be free from fake news?

The truth is never “the whole truth”, said Lacan. Or as Alain Badiou says, the truth always has to be named in the plural. Truth can’t be proved, only falsehood can, as happens with guilt.  (It might be useful to differentiate betweeen truth and truthfulness). When you advocate only one source of truth, you mean one whole truth, and then what becomes of the critic? What of the dissenter? The critic, under these conditions, is turned into a liar who is trying to make mischief, a disloyal citizen and what’s worse still, at times like this, a scourge.