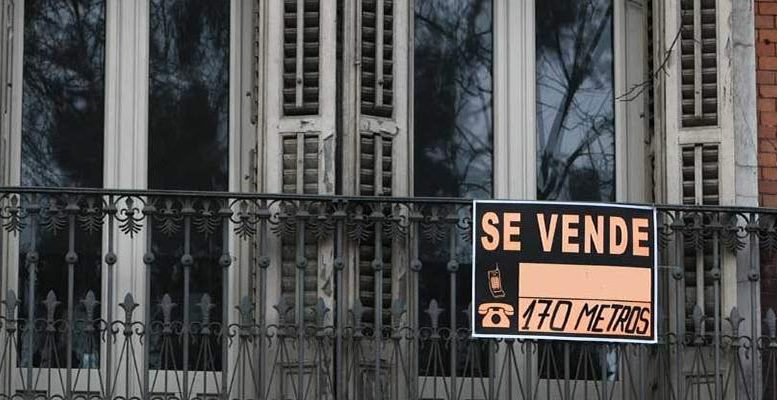 Eight years after the real estate bubble officially burst, all the existing indicators point to the sector’s crisis being over, although there are still some loose ends and some kind of legacy, such as the banking sector’s non-performing loans. But the data shows we can definitively put behind us an enormous problem which was a threat for the economic system for too long.

The official figures show that activity in the property sector picked up in line with the recovery in employment and mortgage lending, which confirms the fact that housing prices rose 6.3% in the first quarter of 2016, 2 percentage points higher than in the fourth quarter of last year.

Nevertheless, housing prices are currently 29% lower than their peak, which means we can banish any kind of concern over a possible re-emergence of the bubble which did so much damage to this country.

The property market figures are far off the record reached in the best of the boom years, something which looks unlikely to happen again. But the rise in the prices of new homes has been accompanied by an increase of 29% in sales to over 35,000 homes in April. This is half the number reached at the market’s peak when over 75,000 homes were sold.

It’s taken two years to get to the current situation, since the first quarter of 2014 when housing prices on the free market returned to positive territory, with annual rise of 1.8%.

Although uncertainties cloud the economy, experts believe that particularly in communities like Madrid or Cataluna, or in top tourist areas, it would seem reasonable to think that both prices and sales will increase at a faster pace in the future. If the current recovery cycle is not reversed.

In the first case, the report concludes that Spain is going to need to build nearly 100,000 homes per year until 2020. From that year until 2025, demand will stabilise at 140,000 homes. This forecast is far removed from the almost 800,000 homes which were built in 2005. For its part, the CBRE report concludes that by end-year, the shadow of Spain’s unsold housing stock (in the residential market) will have disappeared. So the potential demand will be for around 180,000 new homes annually in the period 2016-2025, with the price of housing on the free market in 2025 standing at 2.046 euros per square metre, rising to 2.212 euros per square metre in 2027. This will be the year when prices will exceed those reached in 2007.