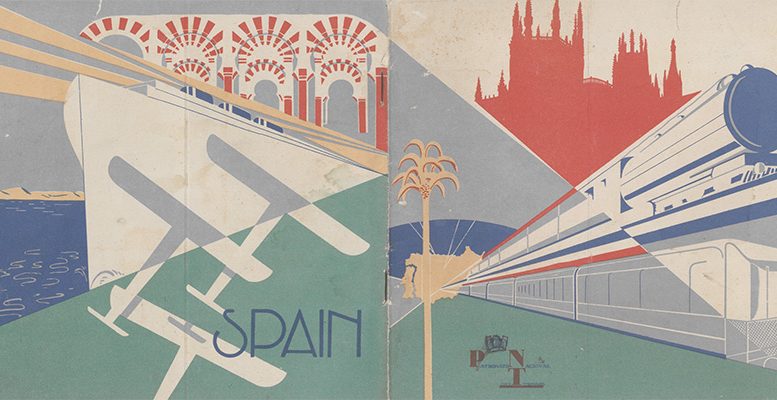 The boom in tourism is a global phenomenon: over the past few decades, international tourism has expanded constantly. The figures speak for themselves. The number of international tourists, in 1950 totally 25 million worldwide, reached 1.3 billion in 2017 (7% more than in 2016) and this is expected to rise to 1.8 billion by 2030 according to the World Tourism Organisation (WTO). The data available for 2018 endorse the industry’s good health: international tourism was up by 5% in the first nine months of the year, with Europe and Asia- Pacific recording the highest growth (6% and 7%, respectively). For 2018 as a whole, the WTO predicts a slight slowdown but still strong growth of between 4% and 5%.

In 2017, 81.8 million international tourists visited Spain, up by 8.7% on the previous year and outperforming the global growth figure of 7%. Spain has now overtaken the US as second in the ranking of the world’s favourite destinations (France is still the leader). After several years of unprecedented growth, with inbound tourism setting records year after year, close to 82 million international tourists visited Spain in 2018, a level similar to 2017. According to a report by Caixabank Research, this represents a “considerable slowdown” in the growth rate for inbound tourism and suggests “the industry is now starting to consolidate the excellent figures achieved over the past few years.” However, although the number of tourists has stabilised, tourist expenditure still appears to be growing, highlighting the importance of the industry’s strategy to attract higher quality tourism. The number of tourists visiting Spain in 2018 may have been similar to the total in 2017 but the amount spent by those tourists increased by 2.8% and daily expenditure rose by 6.4%, both very positive figures.

This increase in tourist expenditure has been supported primarily by the rise in visits by non-European tourists who tend to spend more (such as those from the US, whose number is up by 10.9% on the previous year) and also by the decrease in the number of tourists from segments with a lower expenditure capacity, mostly from Germany (–4.7%) and the United Kingdom (–2.0%).

CaixaBank Research expect the industry will be able to keep its number of international tourists at an all-time high in 2019. They explain:

In 2019, we expect the stabilisation in the rate of inbound tourism observed in 2018 to continue, in line with the predicted slowdown in the growth rate for international tourism as a whole and the disappearance of some temporary factors that had boosted tourism in the past, for instance the geopolitical instability in some of Spain’s Mediterranean rivals such as Egypt, Tunisia and Turkey.

Nonetheless, according to the firm’s forecasts, in 2019 the total of 82 million euros international tourists achieved in 2017 and 2018 will be maintained.

All the evidence suggests that British tourists will continue to be the largest group in 2019; 18.3 million tourists from the United Kingdom will visit Spain this year, followed by the German and French (11.3 and 11.2 million tourists, respectively). The numbers of US tourists, notable for their higher daily expenditure, will also continue the good figures recorded in the past few years, with an estimate of almost 2.9 million visiting Spain in 2019. The increase in tourist expenditure is also likely to continue, reaching around 92 billion euros.

One of the key supports for Spain’s economic growth during the recovery has been the tourist industry and particularly the strength of international tourism. Between 2016 and 2018, the average growth in tourism-related GDP was 4.8% 6 year- on-year, much higher than the 2.8% growth in the economy as a whole. During the same period,domestic tourism grew in line with the economy’s overall GDP growth, so this better performance by tourism-related GDP is due entirely to the rise in international tourism.

The evidence points to the sector posting GDP growth rates of around 2.6% in 2019, outperforming the economy as a whole (2.1% according to our forecasts) but below the growth recorded in the past few years. This is because a detailed examination of the different real-time indicators of the sector’s situation reveals a slight slowdow.

CaixaBank Research predicts 3% growth in tourism-related GDP in the two-year period of 2018-2019, outperforming Spain’s economy as a whole (2.3%) In spite of this slowdown, the fact that tourism- related GDP is growing faster than the economy as a whole means the sector is increasing in relative importance, and has been for several years. Between 2010 and 2017 (the latest figure available), tourism increased its direct and indirect contribution to Spain’s GDP by 1.5 percentage points (pp), from 10.2% to 11.7% of GDP.