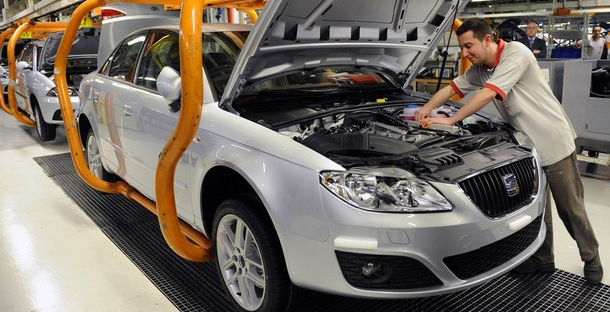 Spanish automobile manufacturing increased to its highest level in five years, with a total of 2.4 million vehicles produced in 2014.  That represented an 11.1% growth for the sector, boosted primarily by improved demand from abroad, with exports up by 8.51% last year.

The results place Spain ninth in car production worldwide and second in Europe. “It is very good news for the sector. We expect a production increase of 8.3% in 2015, which will bring production to 2.6 million units. There are good prospects for exports, which we think will account for 84% of all manufactured units,” said analysts from Bankinter.