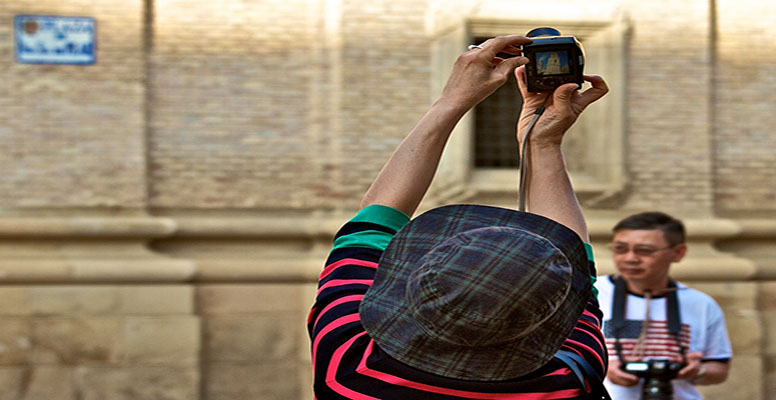 After seven years of crisis, Spain’s economic model is tending towards what it was in the past. The country ‘s tourism industry is a leader in terms of competitiveness. Furthermore, last summer the sector performed the best it has for a decade.

So fishing and agriculture maintain their contribution to GDP, while industry continues the sharp decline begun at the end of the last century, dropping from 34% in 1970 to 17% currently; construction is threatening to reach unwelcome pre-crisis levels and services shoot up, with the tourism sector as the flagship of economic growth.

Spanish tourism accounts for 11% of the country’s GDP and this will increase in 2015, according to data available up to August. Before the crisis, Spain registered a record high in international tourist arrivals in 2007. From then until 2014, the number of tourists rose by 11% to reach another peak of 65 million visitors. Spain once again ranked third in terms of the  number of foreign visitors – after France and the U.S. – and second in terms of income after the U.S., according to the World Tourism Organisation (WTO).

In January-August 2015, foreign tourist arrivals totalled 47.2 million, an increase of 4.1%, or 1.8 million more visits, than a year earlier. In short, the last summer season was the best the sector has seen in the last decade: income and activity grew by 3.7%.

It is worth highlighting that Spain’s tourism industry has benefited from the difficult situation in some North African and Middle Eastern countries, which are Spain’s direct rivals in the sun and beach tourism segment. Tourism income increased over 7%.

According to a report by the World Economic Forum, Spain’s tourism sector’s positive performance is due, above all, to its high level of competitiveness. Spain ranks first amongst 141 countries in tourism and travel competitiveness.

At the same time, the report highlights that the competitiveness-price ratio has not improved, despite the containment of wages and  prices. This is due more to other countries’ better positioning in terms of prices rather than to any stagnation in Spain’s tourism industry.

Although Spain has recovered the top position in global competitiveness, more action is needed in the tourism sector. Its main challenges are facing high seasonality and improving profitability. So it needs to compete in the business tourism segment (in which Spain is below the European average), as well as in shopping tourism. This is very profitable, mainly thanks to Chinese and Russian tourists, and Spain has scarcely any share of that market. Tapping into tourism sub-sectors like gastronomy, culture or the segment for the elderly would help reduce seasonality.

Spain’s tourism industry contributed significantly to GDP growth in the first half of this year, as shown by the excellent performance from the export sector, as well as to private consumption. One example of that is the 12% rise in car rental registrations. So it is expected that the sector will continue to contribute to GDP growth in the coming quarters. The moderate economic recovery in Europe will impact on that.