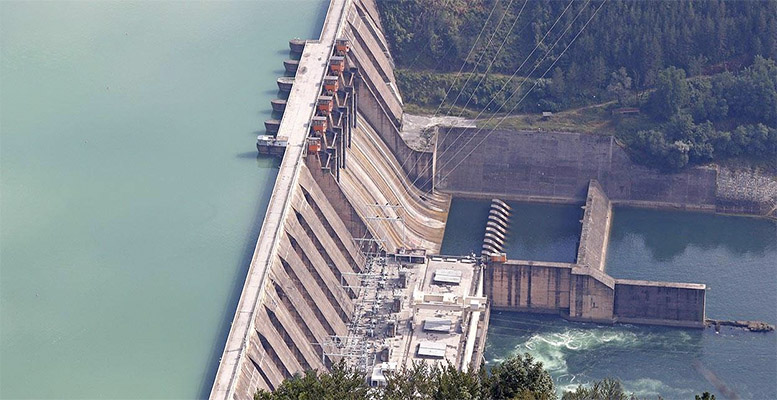 On Tuesday, the Ministry for Ecological Transition presented a draft bill to the Council of Ministers to put an end to windfall profits, ie the over-remuneration of nuclear and hydroelectric power in order to reduce consumers’ electricity bills. These have risen considerably, amongst other things, due to the increase in CO2 emissions.

The pricing mechanism in the Spanish electricity system follows a marginalist scheme: the price is set by the last technology to enter the system to cover electricity demand.

In recent months, combined cycle plants, which burn gas to produce electricity, have entered the system just when the price of gas and CO2 emission rights have shot up, with the subsequent extra cost to the system and, therefore, to the end consumer. Nuclear and hydroelectric plants, which produce electricity at a low cost, are paid the higher price set by the system. This over-retribution is what is known as “windfall profits”.

According to government sources, the proposal would respect the European regulatory framework (where there should be no discrimination by technology) and would be similar to that existing in 2006-2009, with the reduction of a part of the CO2 “dividend” to non-emitting plants prior to 2005 that sell energy on the market. There is speculation this reduction could be progressive depending on the price level of CO2, unlike in 2006-2009 when the government stopped allocating emission rights free of charge to these plants.

The government’s forecast is that, based on current CO2 emission prices of around 50 euros/Tn, this reduction (if it is full) would have an impact of between 800 million and 1 billion euros and could lead to a reduction of 5% in consumers’ bills.

The measures proposed by the government would also affect non-carbon dioxide emitting plants built before 2005, which could include some wind farms. It is not clear this measure will gain enough political support to be passed, as the government does not have a sufficient majority in Congress. In addition to possible parliamentary obstacles, these measures could also face possible lawsuits from electricity companies in the courts. The new law would not be ready until early 2022.

Banco Sabadell’s analysis team highlights that “a reduction in this part of CO2 would affect above all those companies with the greatest exposure to nuclear and hydroelectric plants, where Endesa would have a high weighting in EBITDA from production of both technologies (close to 15% of EBITDA 2020 vs 8% in Iberdrola, 5% in Acciona and 4% in Naturgy. (In valuation terms, the weighting of both technologies represents approximately 12% of Endesa’s Enterprise Value, 4% in Iberdrola, 4% in Acciona and 3% in Naturgy).”

However, Sabadell analysts believe that “the reduction in this item should not be very significant given that back-up technologies are necessary in the current marginal price system, that they have to comply with the European regulatory framework and that the government will already benefit and collect much more with emission auctions in the face of rising CO2 prices.”

In any case, the figure of between 800 million to 1 billion euros represents c. 5% of the companies’ combined EBITDA. At the same time, they point out, “we must not forget that higher pool prices would always end up benefiting the electricity companies.”

For their part, Bankinter analysts flag in a note on the issue that “if these changes are finally introduced and approved, some companies in the sector would be negatively affected.” Sabadell analysts also point to those with exposure to hydro and nuclear energy as the most affected.

It is not clear either to Bankinter’s analysis team that these changes will finally be carried out or how they could materialise. However, they insist that “this is bad news for the sector, as it highlights the regulatory risk to which it is subjct.” And they remind us: “Every time this type of news comes to light, the electricity sector reacts with falls in share prices, as investor confidence is eroded.”