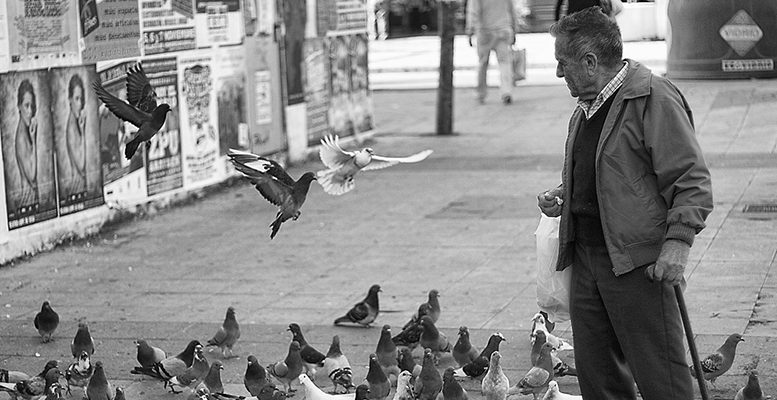 Judging by the incessant comments these days from all kinds of financial experts and even independent voices, one of the best solutions for Spaniards in the face of the country’s serious pension system crisis is to sign up to a private pension plan. They warn that these plans are not a substitute for a state pension; but they will provide the necessary complement for future pensioners to maintain current payments.

In reality, no-one has any doubt that the public pensions system will not be able to meet its commitment to providing a decent pension for future retirees, in line with their expectations. The reforms implemented in the last few years have made it more difficult for those who pay their Social Security contributions to access a pension. And conditions will be even stricter in the coming years. Apart from reducing the amount paid out. This is because the system is approaching an inviable situation in leaps and bounds.

And not just in Spain of course. The problem is beginning to become a universal one. In Germany for example, they estimate that in 2030 retirement pensions will be 25% lower than they are now. It’s possible that in Spain the drop will be even bigger given the labour market’s lack of dynamism. (Spain is one of the countries with the lowest level of active population in the EU). The situation is becoming so serious in our country that the government has had to repeatedly tap the Pensions Reserve Fund to make pension payments. This fund now only has 24 billion euros.

But that said, are private pension plans the solution? It appears not. In the first place, after the huge crisis we have suffered, many workers, particularly the self-employed, are already finding it difficult to pay their Social Security contributions. Let alone a private pension plan.

Then there is the fact that private pension plans don’t have much of a history in Spain. Their returns has even been lower than that of the stock market or public debt. And even negative, which means that many subscribers have literally lost money.

A study carried out by the IESE business school professor Pablo Fernandez entitled “Profitability of Pension Funds in Spain 200o-2015” reveals that the return offered by these kind of products in the last 15 years has been 1.58%. Far below that offered by the stock market or public debt. The Ibex 35 has recorded an annual average increase of 4.62% over these last 15 years, while in the case of Spanish bonds this has been 5.4%.

According to this professor, not at all suspect, only two of the 322 funds which have existed in Spain for over 15 years have beaten the Ibex 35’s return. And in the case of public debt, only one during this period. And 47 of these products have even had an average negative return. Furthermore, given the Ibex 35’s current poor performance it’s even difficult for many people to recover their capital. And the worst thing is that no-one knows when the Spanish blue-chip index is going to improve.

As Fernandez explains, everything seems to indicate that this situation is in part due to the fact that the big Spanish institutions which hegemonically control the lion’s share of Spain’s private pension funds have not done their job properly. For one thing, their investment choice has been far from spot on. And besides from not getting it right, sometimes there are faults which should be corrected. For example, the continued and unnecessary buying and selling of stocks (what they call ‘active management’, just to make commissions, something of which the funds’s subscribers are unaware).

And that’s not all. Even those who defend this system agree that the worst thing is that in exchange for such poor ‘performances’ the banks present their clients with fairly hefty bills for commissions. In 36% of these pension plans, the commissions range between 2% and 2.5%. So, as has been claimed, these private plans may not be positive or beneficial for clients in the end. But they are very much so for the institutions. They represent a substantial amount of money, around 103 billion euros up to June this year. But nobody talks about market freedom, correcting this situation.

In any event, it’s not just in Spain where things are simmering. In the UK and in Chile, countries in favour of this kind of savings for retirement, private pension plans appear to be facing a crisis. In the UK, the total pensions deficit in the private sector stood at 383.6 billion pounds at end-June. This was attributed to the decline in the yields on sovereign bonds and corporate debt. They say the situation is starting to become dangerous: 84% of these private pension funds are in deficit.

The same is happening in Chile. The inefficiency of the plans in that country, combined with their poor performance, has fuelled a wave of demonstrations in the last few weeks. The returns on these plans are so low there that 79% are below the minimum wage. The interesting thing there is that those who criticise the model (which is so revered in Spain) flag reasons for its failure which are almost identical to those over here: bad investment choices, high commissions, etc.

So it’s no surprise that all these factors, combined with the crisis, have kept the majority of Spaniards well away from these products. Despite the insistence on the part of their defenders. Private pension plans grew substantially during the pre-crisis years, but have now declined again. According to the tax authorities, nearly 2.8 million tax payers reduced their bill by contributing to pension plans in 2007-2014, a drop of 34.6%. In addition, in that last year, only 14.5% of total tax payers benefited from a tax reduction because of private pension fund contributions: in 2007 the percentage was 23%.

And this trend is continuing. Up to June of this year, the 9,9 million Spaniards who are participants in these private pension funds cut their contributions by 5.7% to 774 million euros. So all this shows that it’s not just the state pension system which needs reforms, but also the private system. And very wide-ranging ones at that.