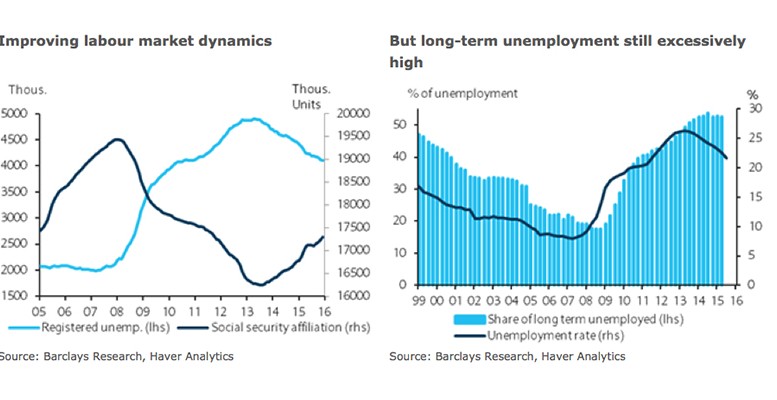 BARCLAYS | 2015 was a surprisingly strong year for the Spanish labour market. Social security affiliations increased by 533k while the number of unemployed fell by 354k, according to figures released by the Ministry of Employment. December delivered another sizeable drop of 55.8k in registered unemployment and an increase of 85.3k in social security affiliations relative to November.

We expect the strong labour market dynamics to extend into 2016, albeit at a lower pace. The strong tail-winds of very accommodative monetary policy, cheap oil, and a slight increase in real wages will in all likelihood be maintained in the coming months. However, we expect a slowdown in private investment in H1 2016 as a result of increased political and policy risk (see Spain: next steps after the elections, 22 December).