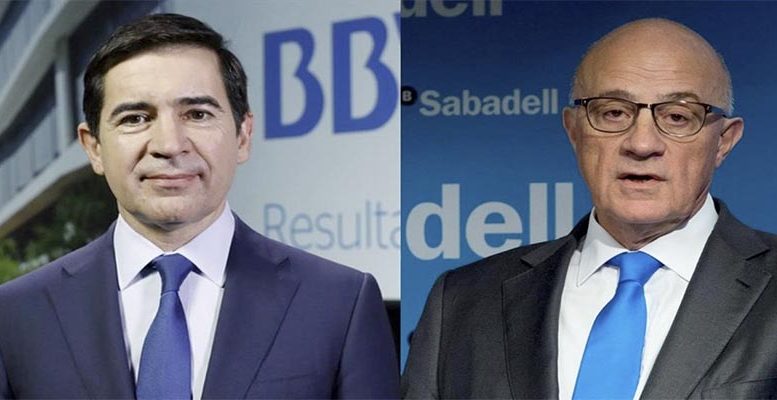 Renta 4 | BBVA and Banco Sabadell have communicated that they have ceased talks over a possible merger without agreement. The reasons would be, on the one hand, the lack of agreement on the exchange equation and the price to be paid, and on the other, the distribution of power. In this sense, there was talk of retirement for Sabadell’s chairman Josep Oliú in exchange for the operation being paid for in cash. However, this solution would not be well received by the ECB, given the risk of BBVA’s chairman Carlos Torres being charged in relation with the Villarejo case. This could then leave the merged group without a Chairman. So the ECB would have urged a joint presidency between Torres and Oliú.

The alternatives now open to BBVA for the use of the funds obtained from the sale of its US business (nearly 8 bllion euros) are the possibility of buying the 51.5% of Garanti Bank that it does not control or the purchase of some other small bank in that area. The market welcomed the disposal of the US activity mainly because the sale price was higher than the valuation price. However it has called into question the fact that the emerging markets (Mexico, Turkey) now have a greater weighting within the Group in terms of contribution to the income statement. If you choose to buy something in Turkey, like everything else it will depend on the price. But the market might not take it well. We are not contemplating an extraordinary dividend with part of the cash generated beyond that already announced from the share buyback programme.

In the case of Sabadell, we expect the share price to continue to correct, taking into account it has accumulated an 80% revaluation in the last month, and has fallen by 11% from its November highs. It should be noted that its solvency situation after the sale of various businesses has improved significantly. It is also continuing with its efficiency plan both in Spain (talks underway with the unions) and at TSB. The cost savings arising from the efficiency plan will lead to an estimated reduction in costs of 5% yoy 2021. Total cost savings would be 170 mln euros, of which 135 mln would correspond to Spain. As far as possible corporate operations are concerned, we understand the bank will continue to be open to studying alternative operations.