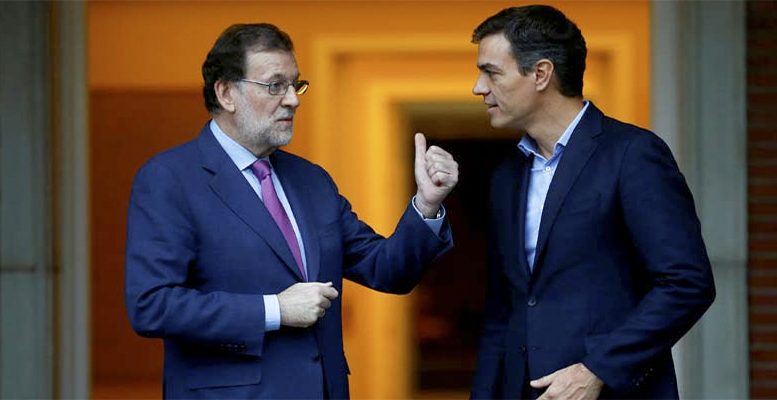 From 2019 it is possible that Spain will have difficulties financing its public debt, which is definitely not only the official figure of 98.3% of GDP.

In reality there are three public debts: the flow of funds, which reflects the net balance of financial operations between sectors in the period; the debts of the public administrations which has reached 129% of GDP; and finally the total debt issued, which amounts to 137.9% of GDP.

After applying the window dressing allowed by Brussels, we arrive at the figure of 98.3% of GDP bandied about by everyone, always referring to the end of 2017. Undoubtedly the first two quarters of the year have seen significant increases in all three measures.

Now the problem is that Rajoy’s increase of this debt by 649 billion euros has been financed at very low interest rates, thanks to the ECB’s quantitative easing, which will surely end at the end of this year.

On the other hand, Pedro Sánchez has announced substantial spending increases, which will not be completely covered by taxes on the “rich” or middle class. As a result, the debt will inevitably increase in 2019.  Moreover, Spain will no longer benefit from being classified as having an excessive deficit, which will no longer allow the haircuts allowed until now in the name of consolidation between public administrations and other reasons, like advances and debts of public companies.

With the end of the ECB’s special liquidity programmes, the inevitable increase in the debt will have to be financed in the market, where interest rates are recovering, perhaps to 5%. This will increase the debt even more and make the financing of companies more expensive, on top of the increase in taxes and contributions. There will be companies that suffer, others that sack workers and others that sign even more short term contracts.

In short, unemployment will inevitably increase, which is what normally happens if interest rates rise significantly. This is Spanish style social democracy.

The impact could be significant given the European background, with an Italy where interest rates are going to rise and an ECB which sees no reasons to help countries that do not comply with the criteria or show themselves rebels.

Do not think for a moment that Rajoy did well and that therefore we grew at 3% for more than two years. This growth came from public waste financed on the cheap and the spirit of « après nous le déluge « . This will foster, as ever, a rapid increase in unemployment. That, ma’am, is Spain.