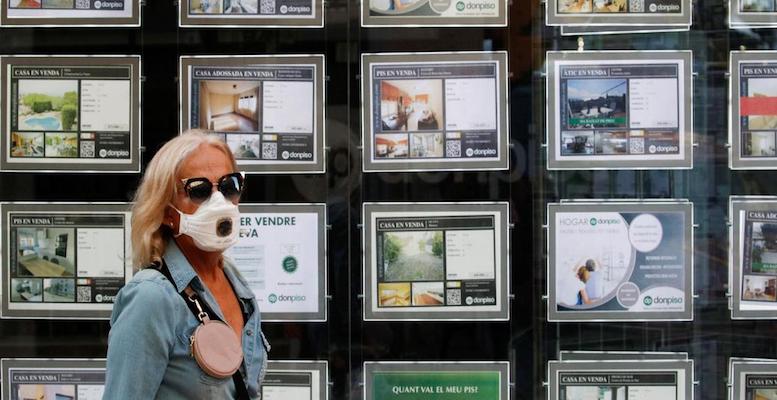 Bankia Estudios | Property transactions in the Spanish market have plummeted, recording the worst figure for May in the available series. In any event, the deterioration reflects the logical effects of the sector closing down due to the state of alarm. In the second half of the year, the reactivation of the economy, the labour market and, above all, family income will determine the behaviour of demand.

Home sales fell sharply in May: only 22,394 transactions, the worst month of May in the available series since 2007, and less than half of the transactions recorded a year ago (48,351 in May 2019). It should be remembered that the state of alarm was in effect throughout the month of May. So the population was confined to their homes and the registrars’ offices were closed to the public, only reporting operations due to force majeure or necessity.

Amongst types of housing, the decline was somewhat more pronounced in the case of second-hand housing in the month of May (-55% year-on-year vs. -49% in new housing). However, so far this year it is very similar (-23% year-on-year) and there are still no trends visible here. The purchase and sale of second-hand housing accounts for more than 80% of total transactions.

Amongst the Autonomous Communities, the decline continues to be widespread, but with different intensities. That said, this does not appear to be explained by the different incidence of the crisis by region: Madrid, Galicia and Catalonia stand out with a less negative performance, while the deterioration has been more severe in the case of the Canary Islands, Valencia and Asturias.

On balance, the May figures reflect more intensely the effects of the population confinement and the cessation of non-essential activity. This compared with the months of March and April, when purchases and sales had not fallen with the same intensity as other indicators of sectoral activity. We still think it is too early to deduce the impact of the crisis on housing demand from this data. In principle, everything seems to indicate that a large proportion of households will see their income limited by the economic crisis. So we expect home sales to fall by around 25%-30% over the year as a whole. In addition, expectations of some price adjustment and high levels of uncertainty could delay purchase decisions.