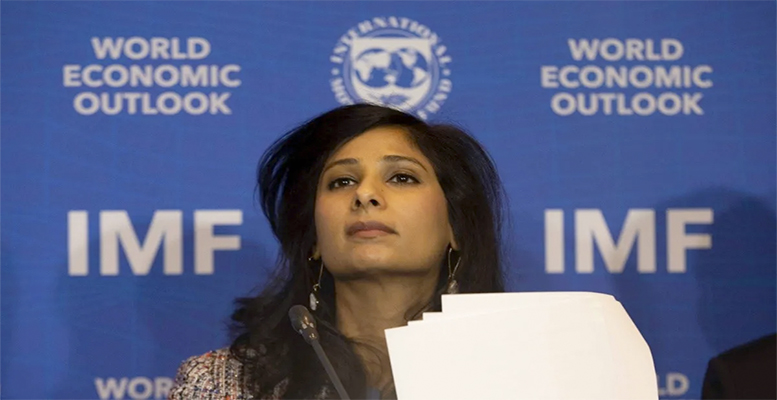 The IMF's chief economist, Gita Gopinath, called for greater fiscal support to the private sector in order to tackle the new confinements

The International Monetary Fund updated its estimates on Tuesday, attributing a GDP growth for Spain of 5.9% in 2021, down from 7.2% in its October projection. This is a significant difference with respect to the Spanish government’s forecast for 9.8%, on which the Budget approved last December is based. In fact, the macroeconomic accounts presented in October by Pedro Sánchez pointed to projections of an inertial expansion of -11.2% on a yearly basis in 2020 and +7.2% for 2021 (+9.8% including the Recovery Plan).

Meanwhile, the IMF estimates Spanish GDP will contract by 11.1% in 2020, the largest decline amongst the major developed economies. For 2022, the organisation’s analysts’ estimate for the Spanish economy is now for growth of 4.7% versus 4.5% in the previous calculation.

In addition, the IMF’s chief economist, Gita Gopinath, called for greater fiscal support for the private sector in order to tackle the new confinements, joining Lagarde’s message a day earlier in Davos. The IMF foresees a stronger recovery in the second half of the year in a scenario of high uncertainty, with the risk of virus mutation and slower than expected vaccinations.

That said, the improvement for 2021 reflects the positive effects of the start of vaccinations in some countries and the additional fiscal support activated late last year in the US and Japan. Also the expected increase in social contact activities as the health crisis recedes.

On the other hand, the IMF pointed to the US as being responsible for the bullish revision in the world GDP forecast for 2021, since its growth was corrected upwards from 3.1% to 5.1%. This is without taking into account the effects of Joe Biden’s $1.9 trillion plan. In fact, such stimulus could lift US growth even higher; specifically, by 1.25% this year and by 5% in three years.

The IMF also estimates world trade volumes to grow by around 8% in 2021 and to increase by 6% in 2022. Furthermore, it sees services trade recovering more slowly than goods‘, confirming expectations that activities such as tourism will remain depressed until the pandemic is brought under control everywhere.

In closing its January outlook report, the IMF warned of a sharp increase in inequality, given that about 90 million people would fall into extreme poverty as the global economy would lose about $22 trillion (between 2020 and 2025 compared to pre-pandemic levels).