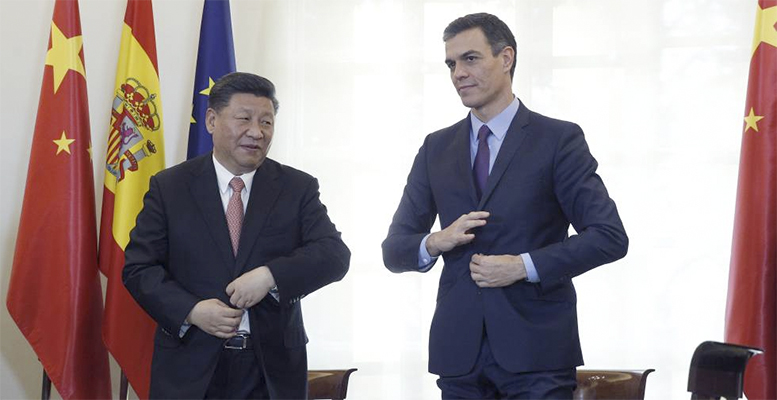 Chinese investment in Spain increased in 2020 – amid the pandemic and in a context of a general decline in Chinese investor appetite in Europe – reaching 370 million dollars. This represents an increase of 362% compared to the modest 80 million dollars of investment in 2019, according to the study published by Baker McKenzie. The data related to Chinese companies’ investment in Spain during 2020 is mainly driven by China Railway’s takeover of a stake in Aldesa, valued at $277 million.

China’s foreign M&A activity in 2020 totalled $29 billion, almost half (down 45%) of the $53 billion reached in 2019, and the lowest figure since 2008. By region, only Chinese acquisitions in Latin America in 2020 kept up the momentum versus the previous year’s data.

North America and Europe combined attracted a total of $15.2 billion in investment from China. Breaking this data down, investment in North America exceeded investment in Europe for the first time in five years, driven by several transactions – such as those carried out by Tencent in Universal Music and Harbin Pharmaceuticals in GNC – which accounted for several billion dollars. Chinese investment activity in Europe, meanwhile, has been more fragmented, consisting of smaller transactions spread across different countries and sectors, reaching $7.5 billion versus $13.4 billion in 2019.

The top recipient countries for Chinese investment in Europe in 2020 were Germany ($2 billion), France ($1 billion), Poland ($780 million), Sweden ($719 million) and the United Kingdom ($427 million). In terms of the main transactions by size, we can highlight the acquisition in Poland and other Central European countries of a network of logistics warehouses for $1.1 billion by GLP and the Huazhu Group’s investment in Germany’s Steigenberger hotels for $780 million. Then the transaction carried out by Universal Scientific Industrial in the French company Asteelflash valued at $422 million, and Evergrande’s investment in the Swedish National Electric Vehicle for $380 million.

All the other regions of the world also saw decreases in the pace of Chinese investment, except for Latin America. There the agreements reached in a series of acquisitions in the energy and utilities sector in Brazil, Chile and Peru kept the figures practically at the same level as the previous year. Finally, in Asia, acquisitions by Chinese companies declined by a third to $7.1 billion.