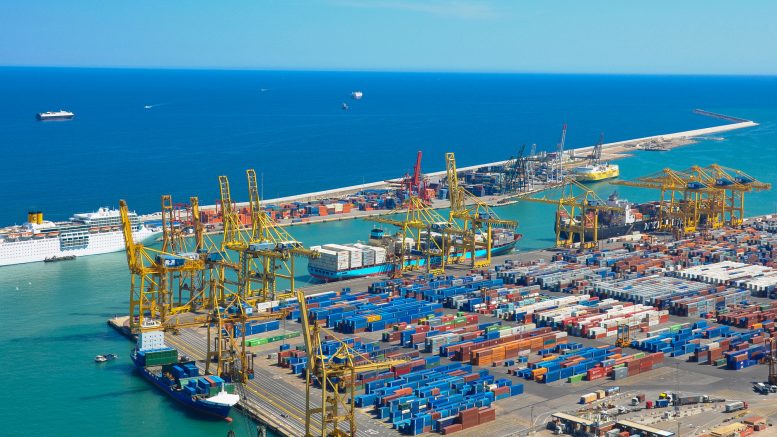 Enrique Fanjul (Real Instituto Elcano) | There has been a lot written lately about the role of the foreign sector as the driver of the Spanish economy’s recovery. There have also been some very interesting academic papers published, which provide us with more details of the new configuration of Spanish exports – with the implications this has for strategies both for the public sector and companies.

In this post, we are going to comment on two of these papers, published over the last few months in the ICE’s Economic Bulletin. This is an excellent publication with a long tradition. The first one is by Juan José Otamendi, “The transformation of Spain’s export sector over the last decade”. The second was prepared by the Subdirectorate General for the Research and Evaluation of Trade Policy Instruments and is entitled “The trend in foreign trade by the characteristics of companies)”. (Some of the figures we mention have been updated with recently published statistics.)

Both papers, published at the end of 2017 and the beginning of 2018, provide a wealth of information and analysis on how the map of Spanish exports is being transformed. Now we are going to comment on and complement some of their most significant aspects.

The good performance of the export sector is reflected in an increase in Spain’s share of world exports since 2012, reaching 1.81% in 2017. This is above our weighting in global GDP (1.64%).

With respect to this it should be highlighted that Spain has increased its share while many of our European partners (like Germany and France) have seen theirs decline. The loss of share on the part of many industrialised countries has been due to the strong rise from some emerging markets, particularly China, which has gone from 8.7% in 2007 to 13.79% in 2015.

Increase in the extensive and intensive margin of exports

The extensive margin refers to the number of exporting companies. According to the figures supplied by Otamendi, the number of companies which export more than 50,000 euros (which are responsible for 99.8% of exports) has risen by 8% between 2007 and 2016.

The intensive margin refers to the value of companies’ exports. The average value exported has gone from 5.19 million euros in 2007 to 6.62 million in 2016.

In other words, Spanish companies’ progress in terms of internationalisation has meant that both the number of exporters as well as the average value of what each company exports has increased.

This issue is a relatively “new” one, which is grabbing more and more attention. Spanish companies, like those in other countries, are increasingly integrated into global value chains; in other words, in the production networks via which the components of a specific product are manufactured in different countries. Spanish exports had 26.8% of foreign added value.

The increase in global value chains has important implications for the world economy. One which is very important, and current, is that protectionist measures  can have very different effects from the ones desired. The rise in tariffs on imports in a country means that components which are used to produce goods in that country become more expensive. They will be less competitive as a result of this, and their exports could decline. So pushing up tariffs can have a counterproductive effect on the balance of payments.

The rise in services exports

Exports of Spanish services account for 10.5% of GDP (2017), a percentage which is only exceeded by the UK amongst the five big EU economies. If there are 4.6 million jobs linked to Spain’s external sector, 3 million belong to the services sector.

Spain had a 2.63% share of global services exports in 2016 (substantially higher than its share in the exports of goods or global GDP), and also higher than the previous year (2.46%).

There are two other important figures. On the one hand, this data does not include the services which are incorporated into the exports of goods (for example, the export of a machine which is accounted for as a product, but its value incorporates services of design, marketing, training etc.) If we were to include these services which are integrated into goods, the share of services in exports would be higher.

The conclusion is that Spain’s export map is changing. In this post, and based on some recent publications, we have flagged several important trends: exports are increasing their share of global exports (compared with the decline in share of other European countries); the number of companies which export is also rising, as well as the average value of what they export; Spain is more and more integrated into global value chains, which implies an interaction between exports and imports; and the trend in services’ exports is very dynamic, making a significant contribution, both in relative and absolute terms.