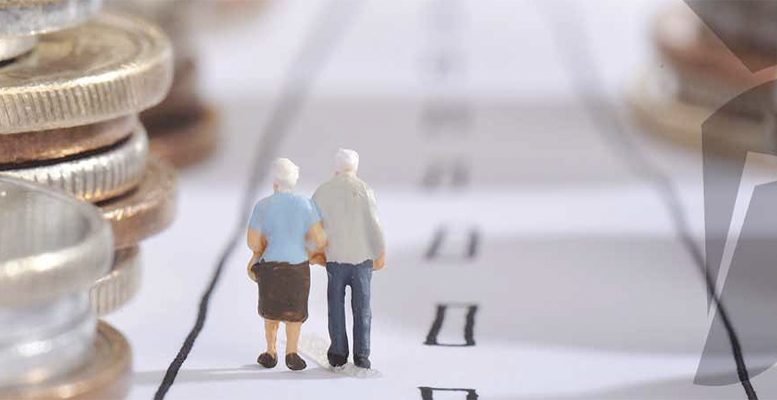 The Bank of Spain estimates that updating pensions with 7% inflation to cost near €12,600 M

The Spanish pension system is one more which exists in the OECD and, probably, not one of the worst. Neither are its problems very original. Just like in other countries in the club, the financial hardships which were the result of the Big Recession led to cuts. These were implemented in 2011 by the PSOE, with the PP causing a big scandal, then in 2013 by the PP, with the roles reversed.

The commitment to not politicising this issue (the Toledo Pact) has been forgotten. Neither of the two reforms did anything which did not already have a precedent in neighbouring countries. Both drifted calmly towards a social security assistance which seems to dominate at the moment.

But there is a problem which perhaps differentiates our situation from that of our neighours. In the discussions about the future of pensions, the demographic argument is a very attractive one. The fact the population is ageing can be seen throughout all the first world. But Spain stands out as it has one of the highest life expectancy rates and the lowest birth rate. The argument is pure science: take the current population pyramid. Above there is the area related to the old baby boom and living longer; below there is a skeletal frame because of the infra-birth rate; transport yourself to a generation in the future; and, inevitably, around 2050, the proportion of those retired versus those in work will have increased to very worrying levels, rising from the current 50% to 75%. The trend in the population pyramids is less mechanical than we think. For example, immigration fuelled a rejuvenation of ours in the first decade of this century, silencing for some years a demographic debate already on the table in the 1990s. Some demographic variables (birth rate, women in employment, occupation rate) may improve in the next part of the century; it’s difficult for them to get any worse.

But let’s accept that the situation gets as bad as it says. This brings us to a heartbreaking conclusion: contributory pension systems cannot keep going under the current terms.

And no change can avoid this. Social contributions, which are a labour cost, cannot increase without damaging the competitiveness of companies and the economy. There is almost general consensus on this point. And the desired rises in employment and salaries are, in the long-term, less powerful forces than demographic ones. Without forgetting the fact that the current technological revolution does not seem to favour these rises much. Those who have done the numbers predict, with the audacity that making economic forecasts on a thirty plus years-horizon implies, that keeping the current model unchanged, spending on pensions will increase by 6 points of GDP, to 17.4%, while contributions will remain at 10%: a hole of some seventy or eighty billion euros; at the moment, this is around 18 billion. Conclusion: the population currently of working age will have to be content with something close to a poor assistance model when their time comes to retire. That’s because the people who are working then will not be willing to transfer to their parents as much as the latter are transferring now to their grandparents.

Some see this impoverishment as a desirable move towards the Beveridge model, discreetly keeping quiet about the fact that its required complement in terms of private savings is outwith the reach of the majority of the population. And in any case, this model needs a long time to be developed, arriving too late for those who are at least 10 years away from retirement. With regard to governments, they have recourse to the demographic argument to justify their restrictive proposals. Although few of those in government are really motivated, so it can happen in the long-term. Their temporary horizon is not usally 2050 but the next elections, and this prompts them to make contradictory and unsustainable moves; we don’t have to look very far to find examples of this.

In Spain, the demographic argument justified the importation of a sustainability factor. When it comes into force, this will link the establishment of the new pensions to the pensioner’s life expectancy and to the (non-existent) balance in the system. Before it was good enough to gradually raise the pension age to 67. But given companies preference for young people, the abundance of layoffs, the facilities for wrongful dismissal and the very slight possibilities of finding work after 55, such demographically sound measures are, in truth, a discreet way of cutting the future pensions of many workers. Those who are under 50 should take note, and save if they can. In the case of older workers, there is nothing else for them to do but join those grandmothers who are protesting about their pensions being frozen, and with more reason.

But is there really no solution to the problem? Let’s suppose the principle is raised of the social security’s financial independence, something which is an accounting fiction at the moment. It’s the same as saying that the transfers made to pensioners, or other groups, are not the problem of that working collective, but of the whole of society. In such a case, the Social Security deficit would be catered for by the budget and tax collection would have to increase proportionately. That’s impossible, those in favour of the liberal economy and low taxes would say! Take care, the men in black will say, reminding us of our poor record as far as complying with the public deficit ceiling goes. And don’t let’s forget the current lack of public investment, the good ideas which the parties not in power (or all of them during electoral periods) would seize from the budgetary udder, nor the hefty public debt pile, a ticking bomb when interest rates go up.

A lesser variant of this idea, which has been much bandied about, would be that the State directly takes charge of widows and orphans pensions, as they are considered more social than work-related. Perhaps this formula will alleviate the moral risk of a more general budgetary responsibility, which would weaken the contributory nature of the system. (A dystopian add-on to this idea would be to make work and widows pensions incompatible).

The necessary increase in taxes may not be such an impossible task, although it does go against the flow. There is an obvious anomaly in the Spanish economy. Its tax burden amounts to 33.5% of GDP (OECD figures from 2016). The Bismarckian countries, from a fiscal point of view, are much more expensive. Austria, Belgium, Denmark, Finland, France, Italy or Sweden have tax burdens of between 40% and 45% of GDP; Germany, Greece, Hungary, Luxembourg, Holland, Norway and Slovenia, between 37% and 40% of GDP. Even our peninsular neighbour collects one percentage point more. But it’s clear that if there is a Beveridge system of tax collection (in the UK, 33.2%) then you cannot benefit from a Bismarckian pensions system.

So that’s the dilemma. Either the amount of social coverage is reduced, or taxes are increased. Promising something else (lowering taxes and raising pensions!) is irresponsible. Both ways are possible. Opting to raise tax collection to maintain the system is not a dream, as the reality of so many countries around us demonstrates. They endure between four and nine additional percentage points of a tax burden and it does not affect their prosperity.

Or we can choose an assistance programme. This seems to be the secret choice of the last few governments, in light of their actions and despite what they have said. It may be the easiest option to manage. And, paradoxically, the recently designed concessions to keep the people in the street happy lead to that. But maybe, deep down, that’s not what the people in the street want. If they follow this second path, ways of saving, either privately or with a mutual, the family, and even the benefits, will return to the forefront, as far as they reach.