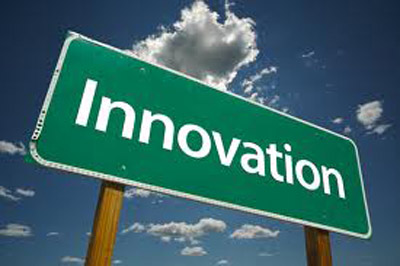 In the last two years, Atrapalo.com has introduced Spaniards to last minute hotel deals and stickers on Spanish restaurant windows have begun imploring passersby to order online via Just-Eat.es. To an American eye, it seems like a rewind to New York circa 2006. Not to mention the fact that Spain’s first social network, Tuenti, was founded by a Californian.

Spain is aware of the role startups play as an engine for economic growth. “The crisis can be a blessing,” economist Javier Santiso told a crowd of entrepreneurs earlier this year in Madrid, “because it forces people to think big.”

Spain is also a European magnet for entrepreneurs. It has lower overhead and labor costs than neighboring countries, not to mention charming cities and plenty of sun. Magnus Jern, CEO of mobile app developer Golden Gekko, says, “We can bring European talent to our office in Barcelona that we could never afford to hire in their home countries.”

The first wave of internet startups in Spain tended to recycle a business model that had been successful abroad. This ensured quick payback for investors, but created a bottleneck for capital that discouraged innovation. “The trend continues today and I find it extremely sad,” startup mentor Luis Rivera-Gurrea told Fair Observer.

Today, however, there are a number of trailblazing Spanish startups – among them Trovit, a classified ad aggregator, and Wuaki.tv, a video-on-demand business. The Spanish startup directory lists 350 companies, ranging from sole proprietorships and partnerships to multinationals with hundreds of employees.

And if Spain has yet to produce a generation of visionaries like Bill Gates, Steve Jobs and Larry Ellison, perhaps that is changing. According to a recent report in the print edition of La Vanguardia, young people have a different mentality than they once did. Driven by grim prospects in once-flourishing industries such as construction, they are embracing riskier pursuits. They now see their university degrees as a toolset for decision-making, rather than a way to open doors to a certain career.

Meanwhile, it seems like every company, university and city runs some variety of entrepreneurship institutions, be they informal advisory networks, code camps or accelerators. BBVA, Telefónica and Banesto (the domestic arm of Santander) are all in the game, with youth talent competitions, venture funds and pro bono consulting. The Plug and Play organization’s landing in Spain this year is further evidence.

A CRIPPLING LACK OF AVAILABLE CAPITAL

Yet experts like Santiso and Rivera-Gurrea signed a statement last year bemoaning the lack of progress made by the estimated 2,500 institutions that support entrepreneurship in Spain.

“High-potential entrepreneurship must take its place as the engine of the economy, just as the culture of hard work and talent must replace that of speculation and subsidy,” the statement said.

Even the creators of communities like the privately funded “Tetuán” Valley near Madrid admit they are a far cry from Silicon Valley. Too few skilled engineers understand marketing, and vice versa. Command of English is not universal.

A lack of available capital is especially crippling. With banks having ceased lending, angel investors few and far between, and corporate accelerators able to help only a few dozen companies each year, family and friends are the only option for many entrepreneurs. Entrepreneurship expert Jan Brinckmann finds many businesses adopting the lean startup model, but they often have to pack their bags in order to get closer to deep-pocketed investors.

Should the government do more, emulating countries like Canada, Chile and Germany? Rivera-Gurrea believes it should do less.

“The government wastes resources and adds confusion. It has spent millions of euros funding all sorts of unviable products, and decisions are made by bureaucrats who have never seen the private sector,” he told Fair Observer. An alternative would be for the government to funnel its money through private institutions.

While it would be remiss to ignore the progress Spain has made in recreating Silicon Valley’s culture and financial infrastructure, the Spanish experience also illustrates the difficulty of this operation for many European countries.