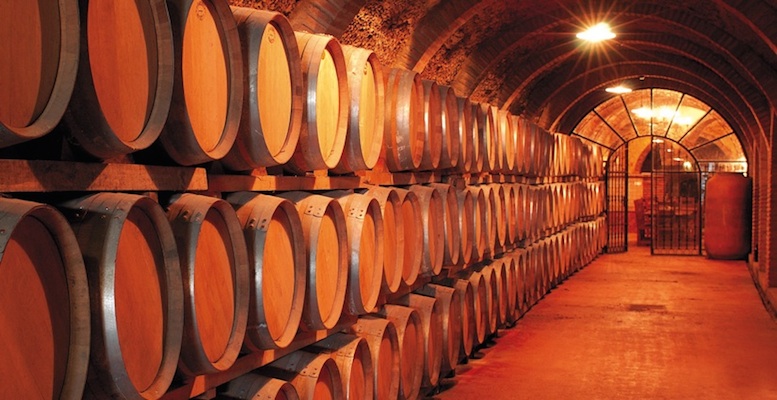 Sergio Díaz (CaixaBank Research) | The wine sector plays a fundamental role in our country. And not only in economic terms, due to its contribution to activity, employment and exports, but also because of the wide extension of its cultivation and its territorial roots. This makes it a driving force for environmental conservation and rural development. Spain is the world’s second largest exporter of wine by volume and the third largest by value, although in recent years we have seen greater penetration in North America and Asia, markets that buy wine of higher value. After the COVID-19 crisis, wineries and cooperatives must face important medium-term challenges and adapt to the new consumer habits of a younger, digitalised and environmentally aware public. This strategy includes a commitment to organic crops, online sales and wine tourism.

The value chain of the extensive wine sector begins with the planting and care of the vine (viticulture) and, once the wine is obtained (viniculture), it continues with its distribution and marketing. Thus, the sector is made up, first of all, of more than 550,000 wine-growing holdings, which are characterised by their very small average size (barely 1.70 hectares). Moreover, 68.8% do not exceed half a hectare and only 3.9% own more than 10 hectares.

Secondly, there are more than 4,000 wine-producing companies. The cooperative model, which is deeply rooted in the sector, represents around 60% of production in terms of volume. In terms of value, however, the large winemaking groups stand out, with a more diversified offer and an important export activity.

Finally, there is an extensive network of distribution and sales outlets for wine-related products. Wineries can sell directly to the end consumer or through other channels, mainly HORECA (hotels, restaurants and cafés) and retail (supermarkets and hypermarkets), which account for 31% and 35% of total sales by volume, respectively (pre-pandemic data for 2018). However, the average price of wine sold through the HORECA channel is almost four times higher than that sold in shop, so that sales in value terms in this channel exceed 50% of the total.

Amongst the other distribution channels, sales in wine shops and wine clubs barely account for 6% of the total volume, but they concentrate the highest-priced wines (appellation of origin, mid-range and premium) and represent around 13% in terms of value. At the other end of the scale, with the lowest prices, are direct sales from the winery (18% in volume and 4.5% in value).

Wine is one of the main products exported by the Spanish agri-food industry, only behind pork, citrus fruits and olive oil. The decline in wine exports in 2020 (-3.1%), the second in a row after a 7.4% fall the previous year, is mainly explained by the adjustment in demand in the middle of the pandemic (the OIV estimates that world wine consumption fell by around 3%). That said the tariffs imposed in 2019 by the USA on sales of some agri-food products also played a role on sales of some European agri-food products, including Spanish wine. This caused a fall of 9.9% in value and 6.1% in volume of Spanish wine exported to the US in 2020. For this reason, the agreement recently reached between the US and the EU to suspend tariffs for at least five years is excellent news for the wine sector.
Although Spain is the world’s second largest exporter of wine by volume, behind Italy, in terms of value we are surpassed by Italy and, above all, France. It sells around 33% less wine, but registers three times more: this is explained by the average prices, five times higher in the case of our neighbours.

Although the low average price generates a profit margin problem for many businesses, the heterogeneity of the sector must be taken into account. There is a great diversity of producing regions, varieties, ageing systems and wineries, which translates into different quality and price segments. The problem of low price compared to the world average is generalised by category, but bulk wine plays an important role: its exports represent 52.4% of the total in volume, but only 17.4% in value, which gives an average price of just 0.44 euros/litre, five times less than in the case of bottled wines (2.32 euros/litre).

The low export price in aggregate terms hides important differences by destination. A large part of Spanish wine exports continue to go to low-price countries, especially European countries (France, Germany, Portugal and Italy, amongst others), whose lower price is related to the sale of bulk wine. Although the average (cheaper) price paid by this group of countries has remained relatively stable in recent years, the fact is that they are losing weight in terms of value in terms of total exports. On the other hand, the countries paying a higher average price (including the USA, Switzerland and Canada) have not only increased their average price, but also their weight.

If we focus the analysis on the main destination countries (the top 15, which account for more than 80% of total sales), the performance of exports in recent years (2015-2020) has generally been positive, with Canada and Sweden standing out for their greater dynamism in terms of value (although they are also growing in volume). In contrast, sales to the main European countries have been more contained. Special mention should be made of Switzerland, which, despite falling in terms of volume, is growing in value thanks to a high and growing average price per litre (slightly above 5 euros in 2020).

In short, in recent years we have witnessed greater penetration in North America and Asia, markets that buy higher-value wine, and a progressive reduction in dependence on the European market: since 2000, Europe has reduced its share of Spanish wine exports by almost 12 points.