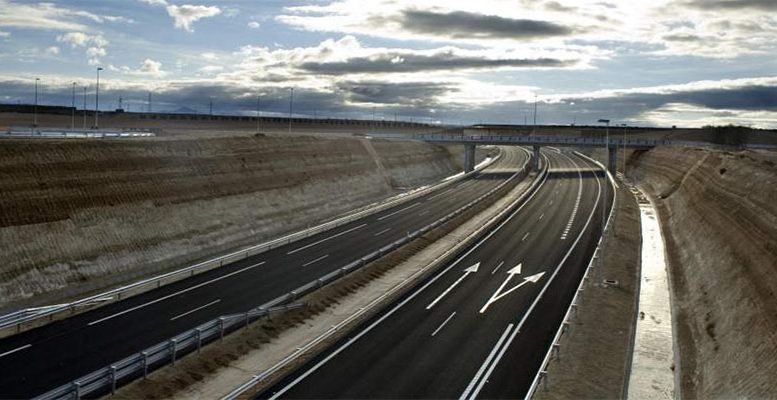 It appears the Ministry of Public Works is close to finding a solution to the Madrid radial motorways R-3 and R-5, consisting of a financial rescue of these toll roads. This could cost the public coffers nearly 900 million euros, according to calculations made by the bankruptcy administrator, who has already handed over its report to the government.

The idea of motorways which would help decongest access to Madrid began to take shape in the first half of the 1990s under Felipe González’s socialist government, but the R-3 and R-5 projects were designed and completed by Jose Maria Aznar’s government.

The studies carried out at the time claimed the new motorways would absorb “at least 30%” of the vehicles coming into the capital. In 20 years, the companies’ investment would be profitable, while Madrid citizens would save millions of pesetas in time and petrol. A win-win situation.

The contract for these motorways, the toll alternative to the dual carriageways from Valencia and Extremadura, came up for auction in 1999. The then Minister of Public Works, Rafael Arias-Salgado, stated that the winners of the auction would also have to take on the construction and financing for a part of the M-50, Madrid’s third ring-road, which would be free for users. For the PP government, it was all good.

But the concessionary company for these radial motorways had bank debt of 660 million euros and several hundred million worth of pending expropriation payments, many of which were under discussion and had massive overruns. So it was ready to hand over all this stuff to the public administration in exchange for the corresponding payment established by the bankruptcy administrator.

The final solution for the collapse of Madrid’s first radial motorways supports Podemos’ argument which has been repeated ad nauseam. Namely that the system and the cast give their blessing to the old theory of privatising profits and socialising losses, ignoring what has been pointed out by the Justice Ministry. It has brought to light the critical situation of Accesos de Madrid, the company participated by ACS, Sacyr, Abertis and Bankia.

The document highlights the financial imbalances, indicating that the traffic on the R-3 and the R-5 is only 16% of what was forecast when the concessions were signed, meaning that the concessionaire has only been able to survive because it has consistently failed to pay its creditors.