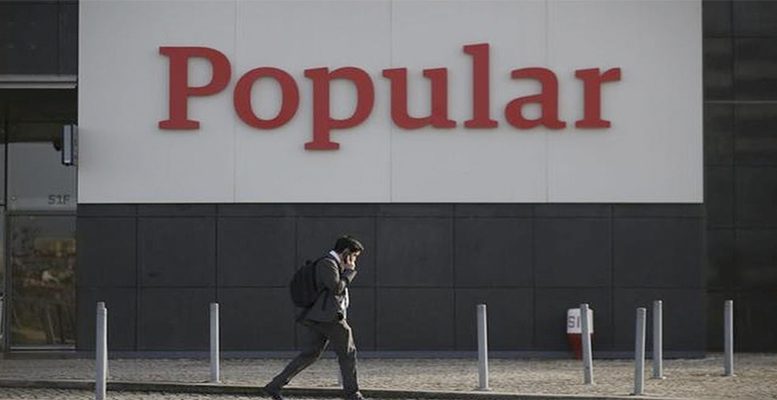 Someone else has fallen victim to the market: the plunge in Banco Popular’s shares has led to Ángel Ron being replaced as the bank’s chairman. Investors wholeheartedly cheered the move and the shares rose over 13% at the close (they have still lost 65% in the year so far). But apart from the stock price’s ups and downs, Popular’s new chairman Emilio Saracho, former global vicepresident of JP Morgan, has a difficult task ahead.

Good managers always help and Saracho is a good one, although it would be advisable not to pull the wool over the personnel’s eyes, following the precedent set by Goirigolzarri in Bankia. The former Caja Madrid received no less than 22 billion euros in public funds for its restructuring. Popular zero. When it needed capital it had to make capital hikes, which were almost always badly received by the market.

One of Popular’s problems in the last few years, under Ángel Ron’s leadership, was precisely that it refused to take public funds, not taking notice of the recommendations from the Bank of Spain. In 2011, bang in the middle of the crisis, Ron went full steam ahead with the purchase of Banco Pastor, paying more than 1.3 billion euros and a premium of over 30% on the Galician bank’s share price. Pastor was offered to various banks because it could not assimilate its real estate burden. And its integration in Popular only made the latter’s weak point more vulnerable. As everyone knows, Popular was a latecomer to the “property boom” and it has not been able to get rid of this dead weight. In September, it had over 25 billion euros of property risk on its books, and has only provisioned for a third of this.

The bank’s new president will have to act quickly and decide whether or not to stick with his predecessor’s strategic plan, and particularly the vehicle designed to remove 6 billion euros of property-related assets off its balance sheet. A kind of ‘bad bank’ called Sunrise which is still awaiting the Bank of Spain’s green light. Saracho is also taking over at very difficult time for the banking sector in general: ever declining business volumes; zero rates; profitability which is below minimum levels; new regulatory requirements; high costs due to the technology revolution and the risk of contagion from the problems faced by the Italian lenders and part of the German banking system.