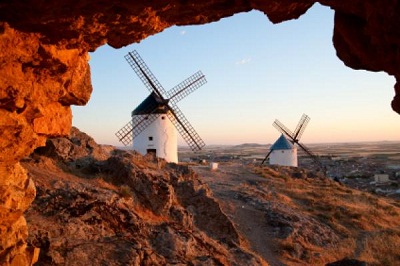 MADRID | The Spanish government has adamantly refused to accept any macro conditioning that might portrait it as falling under a full-fledged intervention. Markets hold a different view witnessing how recommendations advanced by the Brussels bureaucracy are taken to the line. VAT increase stands as the paramount example of an ill-judged proposal Spain is implementing under euro-pressure. Wasn’t the party now in power forcefully opposed to a similar measure not so long ago? Didn’t it rightly point out that inflicting damage on consumption would wreak havoc on recovery? Even the European Central Bank's governor Mario Draghi has voiced concern at such a tax twist, favouring an expenditure-oriented fiscal adjustment.

xes them to the bone while regions offer free-lunch menus. Revisiting such a skewed and biased model would most certainly encounter stiff bipartisan resistance by local politicians. Yet, unless their deep-rooted inclination to profligacy is cut short, there is no hope to bring deficit to a sustainable path.

Disposing this year of civil servants' Christmas pay can bring temporary relief for the badly mauled Treasury. But only if excess manpower is tackled, especially at regional and local levels, a lasting solution is to be found. Over the boom period nugatory or extravagant bodies, observatories, universities, public enterprises and facilities mushroomed. No one cared on the waste of resources they involved, not to mention their dead weight in terms of extra salaries and current expenses to run them. Streamlining this adipose tissue will certainly hurt.

Europe should provide a helping hand to Spain's government by stating in plain words the urgent need to impose a severe downsizing of regional and local overloaded structures. Politically correct language on the convenience to further controlling their spending targets fails to convey the right kind of message. A more robust one would be highly welcome. Spain should seek it to smooth the way for far reaching reforms.