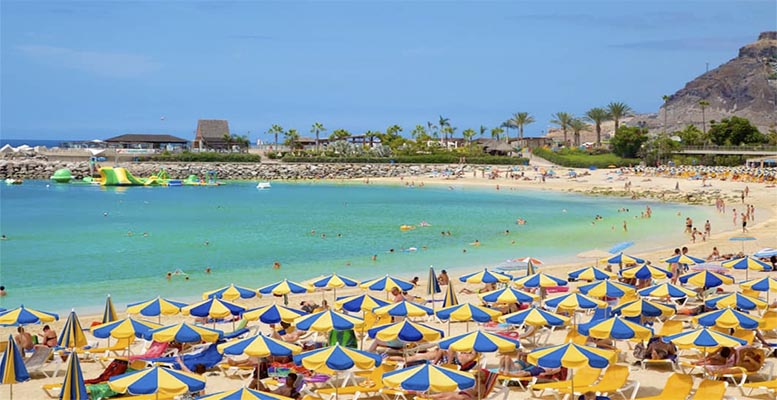 The low incidence of Covid19 in the Spanish islands has led the UK to once again include the archipelago in its list of safe air corridors, meaning that travellers will not need to go into quarantine. Meanwhile Germany will lift the restriction on travel to the islands on Saturday. Both countries, which are the two largest international sources of tourists to the Canary Islands, will boost the tourist season in a region where this sector accounts for 35% of GDP and 40% of employment. Tourism companies like TUI have celebrated the news by announcing the resumption of several air routes from Saturday.

This opening up to the Canary Islands as safe destinations for travel by the UK and Germany, due to their good coronavirus data, allows the archipelago to aspire to 55 percent of its market.

“There was latent demand, very strong on the part of tour operators and airlines, but it was not accompanied by passenger reservations. This was largely because the quarantine obligation was holding back travel decisions in our main market,” the Canary Islands government explained through its Minister of Tourism, Industry and Trade, Yaiza Castilla.

That said, both Exceltur, which groups together the 33 leading Spanish tourist groups, and also some Spanish hotel chains do not expect the activity to return to 2019 levels until 2023/24. In fact, some chains are closing their hotels until the beginning of 2022, due to the lack of visibility and to minimise losses. Meanwhile, the sector continues to demand that furloughs must be extended until December 2021, as well as the period for repayment of ICO loans, which expire in April 2021.

Exceltur has just revised the data regarding the pandemic’s impact on Spain’s tourism sector up to 106 billion euros, which is 7.5 billion euros more than the last estimate made in August.