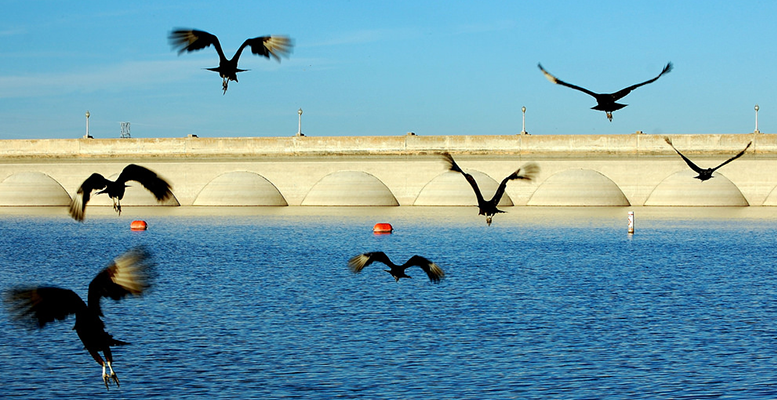 Just as was expected, the ‘Opportunity Funds’ (or Vulture Funds as they are referred to) are starting to unwind positions and leave Spain: good news, because it shows that the days of the bargains are over as the country is firmly on the road to recovery.

Their presence in Spain has been, as is usual in the case of these funds, fleeting. Very short-term focused, they began to arrive in our country between 2011 and 2013 and now, four or five years later, they are on their way out, in silence and almost by the back door.

Despite the fact they have been demonized, their arrival was very useful for some banks and property firms which were either bankrupt or close to it. They sold these funds everything ranging from logistic parks to commercial centres, as well as office buildings and even blocks of flats. These disposals allowed them to make some money…and avoid an even worse situation.

The vulture funds moved the market, inspired a certain degree of confidence and also contributed to a rise in asset prices. As a result, once the country’s recovery was confirmed from 2014, long-term investors began to arrive. These included insurance companies, traditional investment funds, Socimis or ‘family offices’. Diagonal Mar, which was originally snapped up by a vulture fund, was recently repurchased by Deutsche Bank’s property division.

But the fact these funds are leaving Spain doesn’t mean that they will not have other opportunities. Now they are betting on countries like Brazil, Greece, Italy or Puerto Rico. All these countries are doing badly, but there are also some possibilities of a recovery.

In Brazil, the substitution of Dilma Rousseff by Michel Temer has improved investor confidence in the country. The Bovespa, Sao Paulo’s main stock index, has risen 67% this year. The real has also appreciated 24% against the dollar. Something similar is happening in Greece where the vulture funds have their sights on very cheap assets, confident that the country’s situation will gradually improve.

Used to taking risks, their strategy is always the same. They begin to buy – always at bargain basement prices – when asset prices have touched bottom and some possibilities of recovery are on the horizon. For example, that is what they are doing in Brazil. A fund called General Atlantic has invested nearly $1 billion in various industrial companies in that country.

Although these investments might look very risky, they are less than you think. These funds have had overwhelming success in Spain. The speculative fund Northwood Investors recently sold the Diagonal Mar commercial centre in Barcelona for 500 million euros: they had bought it in 2013 for 160 million. And Orion Capital Managers, one of the biggest real estate investors in the world, also sold off the Plenilunio commercial centre in Madrid for 375 million euros, with a good return on its 235 million investment in 2015. A 60% gain in less than a year!

As we know, these funds don’t limit themselves to buying just physical assets and are also keen on sovereign debt or portfolios of debt. Now they are looking at Greece, betting on a certain ‘revival’ in the Greek economy. That country’s economic crisis began to be of interest for the vulture funds from 2012.

And it seems that the risks in this area are also not as high as some might imagine. At least, that’s been the case with Argentine debt. These speculative funds succeeded in getting President Mauricio Macri to pay them 75% of the nominal value of some $4.653 billion of debt, an amount for which they paid less.

Their success is due to their toughness and intransigence in negotiations, a strategy which contrasts with that of other conventional funds, more willing to accept big haircuts. A strategy which they have been implementing for years and which is based on a few key principles: 1) buy debt a bargain prices during a crisis, 2) wait for future restructuring, but not get involved, 3) take disputes to the international tribunals, where they generally reach an agreement without haircuts.