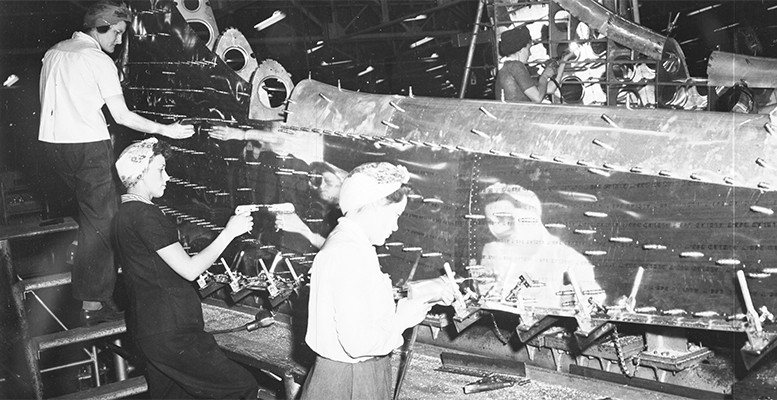 F. Barciela/ F. G. Ljubetic | Labour costs in Spain stagnated during the crisis, but the idea that they eventually have to rise again has quite a few supporteres, including many businessmen. It would even be a positive driver for consumption and the economy general.

So now everyone wants to know if these costs have definitely begun to increase, or if they are going to be flat for a few more quarters.

If we look at the latest figures published by Eurostat, hourly labour costs have indeed begun to go up in Spain, but still not by very much. Last year they reached 21,2 euros per hour worked, not even 0.3% higher than a year earlier. What’s good about this news? Well according to Eurostat, it’s the first time these costs have grown since 2012: over the period 2012-2014 they remained unchanged at 21,1 euros. The bad news? That the increase is very slight compared with the eurozone average, where these costs climbed 1.5%. And let’s not forget that in Germany they rose no less than 2.4%, in Denmark 1.6%, in France 1.1% and even in 1.4% in Portugal (a country which has been bailed out!).

So we’re in no position to celebrate, at least from the perspective of those in favour of strengthening economic growth in Spain with a little more consumption which, they say, requires salaries to be increased.

However, it’s clear that the Eurostat figures don’t tell the whole truth. If we look at those published by the National Statistics Institute (INE), which measure total labour costs on an annual basis, we find that at least in the fourth quarter, the rises were quite substantial. Not so much in respect to total labour costs (which include Social Security contributions and other lesser items) as in gross salary costs. According to INE, the cost of labour per worker, per month in Spain grew 1.2% in the fourth quarter: or 1.7% if we stick with the gross salary cost.

One explanation for this divergence in the two statistics could be that the costs began to accelerate in the last two quarters of the year. So we will have to wait for INE’s figures for the first quarter of 2016 to see if this upward trend is confirmed.

Some businessmen, amongst them business leaders, were of the view at one time that it wouldn’t be a bad thing if labour costs were updated to some degree. But the fact the data has begun to show signs of an increase has meant that those in favour of keeping these costs well anchored have reappeared on the scene. The argument is that a rise could end up damaging the external competitiveness Spain has gained over the last few years, fuelling a boom in our exports to record levels.

As we know, this argument still has many defenders amongst German economists and businessmen, who have been outraged by the 2.4% rise in labour costs in their country in 2015. After significantly reducing labour costs between the end of the 1990s and the early 2000s, Germany’s average hourly labour cost stood at 27,9 euros in 2008. Last year it reached 32,2 euros, up 15.4%. So shocked local entrepreneurs have not thought twice about angrily proclaiming “we are going to end up like France,” in an attempt to curb these increases and return to orthodoxy.

On the other hand, the IMF and other international institutions have welcomed these rises, for the same reasons given above: that they will drive consumption and greater economic growth. And that, furthermore, Germany should make an effort to improve wages to attract exports from the rest of the EU. The trade unions, which have forced these wage increases with a wave of strikes, are very happy and even say they will bring more investment.

Will Spain’s exports be threatened by salary rises? The idea is that exports will only be marginally affected – unless a race ensues that gets out of control, something which no-one wants nor is predicting, not even the trade units. Besides, Spain is still a fairly competitive country. Its hourly labour cost is half of that Denmark’s 41,3 euros, Belgium’s 39,1 euros and a lot less than France’s 35,1 euros or Germany’s 32,2 euros. Of course there is the UK with 25,7 euros and Italy with 28,1 euros. And not to mention Portugal with just 13,2 euros per hour. And it’s just next door.