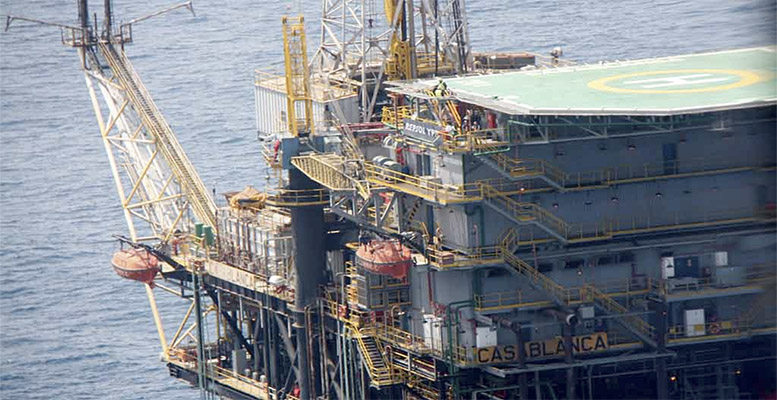 Repsol will stop producing oil in mid-June at ‘Casablanca’, the last oil platform in Spain and located in the waters around the coast of Tarragona, reported Europa Press.

This ceasing of production at ‘Casablanca’ is a step towards the end of domestic oil production in Spain, a country that is a net importer of hydrocarbons.

At the end of 2018, Repsol obtained from the government a final extension of the Casablanca oil platform concession for a further 10 years, thus extending it until 2028.

The plant’s hydrocarbon exploration licence was granted by a royal decree in 1978 for a period of 30 years, with two additional periods of ten years each.

Until a few years ago, the platform’s production was around a couple of thousand barrels of oil equivalent per day, although in recent years it has been declining to a few hundred barrels at present. This is a very residual part of Spain’s oil consumption, which stands at about one million barrels a day.

So Repsol will close down a platform that had been producing for four decades and was already the last remaining bastion of oil production in the country.

In 2018, the government already forced the closure of the hydrocarbon field of La Lora, located in Ayoluengo (Burgos) – it was the oldest oil field in Spain and the only one on the peninsula – after not awarding a new tender for the concession.

Ayoluengo was the first oil well to come into operation in Spain, in 1964, and now ‘Casablanca’ will put an end to extraction in the country.

The new Spanish Climate Change and Energy Transition Law already contemplates that Spain will not be able to grant new exploration authorisations, hydrocarbon research permits or exploitation concessions in the entire national territory, including the territorial sea, the exclusive economic zone and the continental shelf.

Repsol’s decision in ‘Casablanca’ is also part of the group’s strategy for 2021-2025, which focuses, especially in its exploration and production business, on the geographic areas with the greatest competitive advantages.

In 2020, the company already reduced its presence in hydrocarbon exploration and production activities around the world by four countries, with its exit from this business in Australia, Iraq, Ireland and Morocco.

In its new ‘roadmap’, the group plans to go from the 26 countries in which it was present until last year to 14 in this business in the next five years.

In Tarragona, Repsol is considering projects for its industrial complex there mainly focused on the circular economy, with investments totalling more than 1.4 billion euros up to 2025.

Specifically, the complex has already begun its transformation to become a multi-energy hub, with initiatives such as the production of a first batch of ‘biojet’ and the first plant on the Iberian Peninsula for the manufacture of high impact resistant polymers.