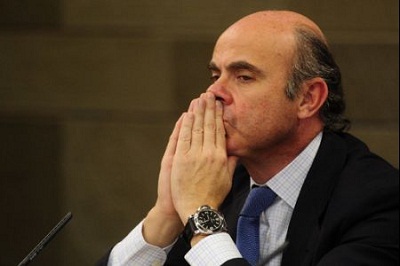 By Juan Pedro Marín Arrese, in Madrid | The way the data on the Spanish deficit snowballed from 6% in mid-December to 8% a few weeks later and to 8.51% now, has led many to raise their eyebrows in utter disbelief. Even allowing for some benign neglect shown by the out coming government, such a huge deviation adds little credit to budgetary figures outside central administration boundaries. It not only proves Madrid lacks effective control on regional and local finances, but it appears even to ignore what they might look like, a most annoying fact.

In a rather unusual and speedy move, Brussels has sent a mission to shed some light on such odd developments. No doubts are cast, yet, on the soundness of central government figures. But as more than half of overall expenditure is in the hands of regional and local authorities, it is a matter of concern that serious slippages incurred by them could be concealed until the very close of the year. No wonder, as they are in charge of filing the questionnaires portraying their budgetary position. For all the efforts undertaken by the Bank of Spain to match those figures with information provided on debt position by credit institutions, it seems an impossible task to make both ends meet.

Things turn to be worse as many potential commitments are simply shelved, especially at a local level, waiting their recognition for better times. Under those circumstances, belief in any precise deficit figure demands a lot of goodwill.  This is a most worrying situation when you are asking for a waiver in the agreed consolidation path. Spain should lose no time in putting its record straight by submitting to close scrutiny what is happening outside its capital. Nothing could hurt more its rating than failure to demonstrate its deficit figure to be fully reliable. Otherwise riding the storm might prove rather challenging.