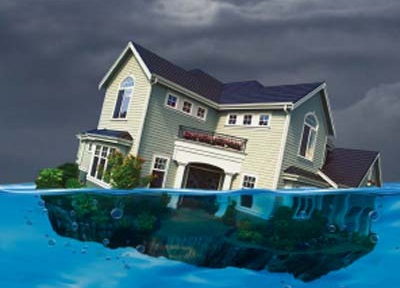 NEW YORK | These are not the best days for being a banker. Banks lent irresponsibly, they were bailed out with public money, and then started a robo-signing foreclosures campaign. All while tightening the credit to small businesses.

Now they are starting to pay their penance –some are taking even more of it than they were supposed to. Bank of America said that it will provide deeper than anticipated principal reductions for about 200,000 homeowners. The cuts for underwater mortgages –homeowners who owe more than their homes are worth– could total more than $100,000 each under the deal with the government, said the financial firm.

The announced relief deal is included in the details of last month’s most trumpeted foreclosure settlement: $26 billion that the banks will pay to help homeowners. Customers would have their mortgage debts reduced and their loans refinanced at a lower interest rate. Bank of America would provide almost half of that money, $12 billion. Under the newly revealed details, Bank of America will be able to reduce its penalties under the settlement by up to $850 million, says The New York Times.

In a different development, it has been made public that most of the rescued banks have paid their debt with the government… with government money. As The Huffington Post puts it, they are robbing Peter to pay Paul. Banks repaid Federal Reserve bailout money with other Fed money:

“Though lots of people grumble about the government bailing out banks in the financial crisis, we have at least taken some comfort in the idea that the government has turned a profit on that bailout. Only problem is, that profit comes from taxpayer money, money that was meant to spur banks to develop communities and help small businesses. Instead they’ve used it to develop and help themselves….But 48 percent of the banks that have repaid the CPP [Capital Purchase Program, 211.5 billion dollars] used money they’d gotten from other federal programs.”

Be the first to comment on "Make the banks pay for their sins… with taxpayers’ cash?: US latest episode"