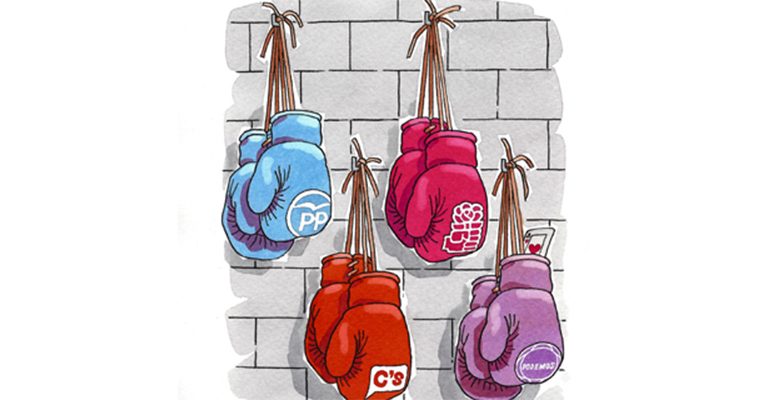 However, most important is that it seems impossible that the right can form a government because the total number seats of the PP, Ciudadanos and Vox will not exceed 160-160 with no possibility of finding a fourth partner. On the other hand, Pedro Sanchez can be elected prime minister with the support of left-wing party Podemos and Basque conservatives from the PNV, needing, and not in all scenarios, the abstention of (Catalan secessionists, left) ERC but not of the deputies commanded by Carles Puigdemont.

Also, alternatively, with the support of Ciudadanos´50 deputies. This does not mean that his election will be easy, because Podemos will insist on a coalition – something which Sanchez rejects – and perhaps Albert Rivera will have to adopt a more flexible position after the regional, municipal and European elections at the end of May.

The investiture could be laborious. The chances of having to repeat the elections have reduced, but the profile of the future government remains unclear. If possible, Sanchez would prefer to continue with a socialist government incorporating prestigious independents as he did when forming the government after the censure motion with Grande Marlaska or Pedro Duque. It would appear that there will be no changes in economic policy – although possibly in personnel given that Madia Calviño has already decided not to presenter herself as a deputy – and that, in any case, a shift to the left is unlikely. There could be a shift to the centre if finally there is an agreement between PSOE and Ciudadanos, more likely after the triple elections in May than after 28 April.