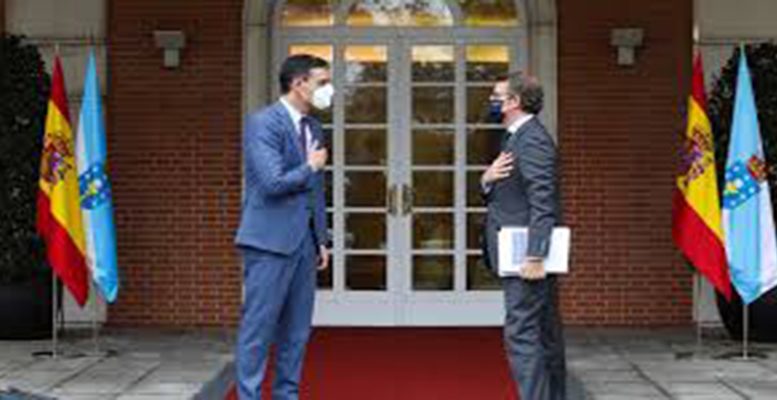 Fernando González Urbaneja | All the polls (except those of the CIS) improve the voting expectations of the PP with Feijóo at the helm and worsen those of Sánchez’s socialism. In fact, they sketch out a tie at around 30% of the vote for each. And all the polls show that the Prime Minister’s rating is below that of the party and some of his ministers. These ratings seem to mean that Sánchez does not add to the party; this is not new and is something similar to what happened to previous PMs, including Aznar, who had more rejection than approval.

The fact that Sánchez does not add to the party does not mean a loss of leadership, at least as long as he holds power. Occupying the Moncloa, Pedro Sánchez has no visible opposition in the PSOE. There are militants who are not sympathisers, even sleepers, but no one disputes the PM’s leadership, not even when the polls place him in transit to the opposition. When that happens (if it happens) will be the moment when his leadership of the party will be discussed. The responsibility for the defeat will fall on him.

In view of these polls, what is the most relevant aspect: Feijóo’s merits or Sánchez’s demerits? I suspect more of the latter than the former; the dominant feeling among citizens is one of uncertainty about the future, even fear, and simultaneous disappointment with those who govern. The conclusion of these feelings is in favour of a change of course, of a change of government.

The PP, with Feijóo at the helm, is aiming for 30%, with a gain of two million votes from Ciudadanos and also from disappointed socialist voters. It is winning those floating votes that can go one way or the other depending on how sentiments prevail. The PP would like to capture the votes lost to VOX, but it is not noticeable. VOX wins voters (close to 20%) who come from the PP and from abstention, even some from Ciudadanos. Voters who are not so much interested in ideological pretensions as in satisfying their impulses, including that of punishing the PP for its clumsiness. For these classic right-wing voters, a vote for VOX is also a vote for the PP to govern. A thesis that makes Feijóo desperate, as he dreams of achieving a sufficient majority to govern alone, as he did in Galicia.

The case of Castilla León confirmed this thesis, and what happens in Andalusia on the 19th will be decisive. Feijóo will have to take note and redefine his strategy, which may insist on not counting on VOX or on surrendering to an ambiguity that is hardly credible.

In the Moncloa they are aware that what counts for voters at the moment is the economy. This is why they praise their achievements to excess while at the same time maintaining the alarm about the emergence of the ultra-right, a message that has little impact on the majority that has whitewashed VOX in view of the polls. A message that probably does not even serve to mobilise the dormant PSOE-Sánchez vote.